You are here: Home / tracking system

As reported by the CBC News and the Montreal Gazette, the Province of Quebec and the City of Montreal are joining forces to try to crack down on a possible link between organized crime and the dumping of contaminated soil on agricultural land. 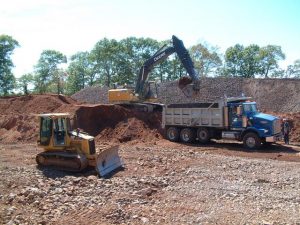 The solution? A GPS system that can track where toxic soil is — and isn’t — being dumped. If you want a good quality GPS Tracking System then you can visit sites such as Autoconnectgps.com, these tracking systems will also enable you to track your vehicles in real time, monitor driving behaviour and manage exceptional alerts and reports as well as tracking toxic soil.

According to the province, there are about two million metric tonnes of contaminated soil to be disposed of every year.

Toxic soil is supposed to be dumped on designated sites at treatment centres. But the Sûreté du Québec has confirmed it believes members of organized crime have been dumping soil from contaminated excavation sites onto farmland.

Quebec Provincial police confirm they are investigating a possible link between organized crime and the dumping of contaminated soil.

“It’s a constant battle. The city and all municipalities have to be very vigilant about any types of possible corruption,” said Montreal Mayor Valérie Plante.

“What we are talking about today supports a solution, but again, we always have to be proactive.”

The new pilot project, called Traces Québec, is set to launch in May. Companies would have to register for the web platform, which can track in real time where soil is being transported — from the time it leaves a contaminated site to the time it’s disposed of.

Some environmentalists say they’re concerned about the impact the toxic soil has had on agricultural land where it’s been dumped. They’re also uncertain about how a computerized tracking system will put an end to corruption and collusion.

“Right now, there’s no environmental police force in Quebec so there have been investigations into these toxic soils being dumped but unfortunately nobody’s been held accountable yet,” said Alex Tyrrell, leader of the Quebec Green Party.

“There’s really a lack of a coherent strategy for how Quebec is going to decontaminate all of these different toxic sites all over the province. There’s no announcement of any new money.”

The city and the province say this is a first step at addressing the issue and more announcements will be on the way in the coming months.

The pilot project — a joint effort with the city of Montreal — will test a system, known as Traces Québec, that uses GPS and other technologies to track contaminated soil. The first test case will involve a city plan to turn a former municipal yard in Outremont into a 1.7-hectare park. Work is to start in the fall. All bidders on the project will have to agree to use the Traces Québec system.

Using the system, an official cargo document is created that includes the soil’s origin and destination and its level of contamination. Trucks are equipped with GPS chips that allow officials to trace the route from pickup to drop-off.

Mayor Valérie Plante said the pilot project is “a concrete response to a concrete problem.”

“Municipalities have to be very vigilant about any types of possible corruption,” she said. “We know there are cracks in the system and some people have decided to use them and it’s not acceptable.”

Plante said Montreal will study the results of the pilot project before deciding whether to make the system mandatory on all city projects.

The Traces Québec system was developed by Réseau Environnement, a non-profit group that represents 2,700 environmental experts.

Pierre Lacroix, president of the group, said today some scofflaws dispose of contaminated soil illegally at a very low cost by producing false documents and colluding with other companies to circumvent laws.

He said the Traces Québec system was tested on a few construction sites to ensure it is robust and can’t be circumvented. “We will have the truck’s licence plate number, there will be GPS tracking, trucks will be weighed,” Lacroix said.

“If the truck, for example, doesn’t take the agreed-upon route, the software will send an alert and we’ll be able to say, ‘Why did you drive that extra kilometre and why did it take you an extra 15 minutes to reach your destination?’”

Organized crime can be creative in finding new ways to avoid detection and Lacroix admitted “no system is perfect.”

But he noted that “at the moment, it’s anything goes, there are no controls. Technology today can help take big, big, big steps” toward thwarting criminals. 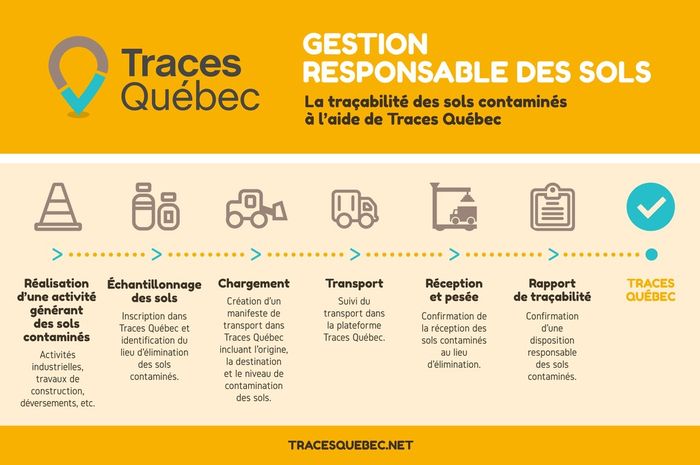 How the GPS tracking system will work