You are here: Home / News

A podcast is available on re-engineering traditional remedial processes to treat soils and groundwater in order to make them more cost efficient is available on the Accelerated Remediation Technologies LLC (ART) website.

The podcast, presented by Mohamed Odah, PhD, P.E., first discusses that some traditional remedial technologies have demonstrated mixed results at reducing contamination in soil and groundwater in-situ due to geological, hydrogeological and contaminant physicochemical properties.   Many sites impacted with a wide range of contaminants are in need of comprehensive treatment measures that can simultaneously treat constituents including petroleum and chlorinated compounds along with recalcitrant constituents such as MTBE and 1,4 dioxane.

The podcast then goes to describe how the ART process combines in situ air stripping, air sparging, soil vapor extraction, enhanced bioremediation/oxidation and subsurface circulation in an innovative wellhead system.  The multiple remediation concepts combined within the ART process are well suited for volatizing organic compounds as well as recalcitrant compounds because the synergistic systems are physically and chemically attacking contaminants on a number of fronts.  The multiple, in-well stripping passes results in a high air-to-water contact ratio within the well (via stripping and sparging) which is integral to the physical removal of contamination.

Concurrently, the ART process involves a subsurface circulation process that actively mobilizes residual contamination from the soil matrix and to the well for further treatment by multiple pore volume exchanges.  The circulation and extraction processes also actively and continuously provide significant dissolved oxygen boost throughout the radius of influence, enhancing bioremediation of the hydrocarbon compounds.

Several case studies are discussed in the podcast including site specific data that exhibits the ART process efficacy in reducing petroleum and chlorinated contaminants concentrations in a short time while providing overall project cost reductions. 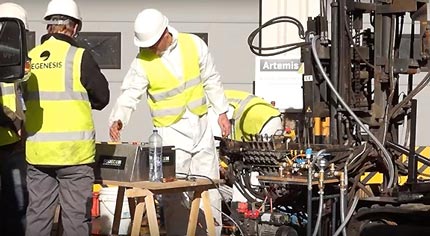 Jeff Carnahan is a Licensed Professional Geologist (LPG) with over 18 years of environmental consulting and remediation experience. As Executive Vice President, Jeff contributes to the leadership of EnviroForensics through strategic market analysis and corporate risk management, as well as continuing his technical consulting practice as an environmental expert.

The Commissioner will join us earlier in the afternoon for a facilitated discussion where we will hear her perspective on recent developments in the Ontario waste sector.  Topics for discussion will include:

Join us for an open discussion, then stay as the Commissioner offers remarks and meet attendees at the informal cocktail networking reception – or just come for the reception and networking. 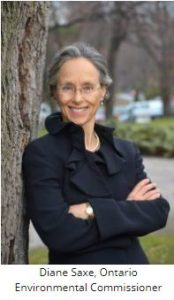 This series will help you plan and implement effective site characterization strategies. Webinars cover both classic methods and innovative approaches to characterize soil, groundwater and soil vapour quality. Learn how to demonstrate delineation using data supported by your conceptual site model – and then go on to plan effective remediation strategies.

Workplace Safety and Prevention Services is hosting Partners in Prevention 2017 Conference and Trade on May 2nd and 3rd.  The event will be held at the International Centre in Mississauga, Ontario.  The conference features two days of keynote speakers, cutting-edge sessions, workshops and professional development courses.  Also included is a trade show with over 410 booths highlighting the latest in market trends, workplace products and services, and interactive experiences for the health and safety professionals.

May 2 – 3, 2017
The International Centre
Mississauga, Ontario

“The New Workplace” is the theme of the conference.  The Partners in Prevention Conference and Trade Show is  Canada’s largest and longest-running health and safety conference and trade show.

For the 2017 Conference, keynote speakers will include:

Participants can choose from two-day, one-day and trade show only (free until April 14) registrations, as well as individual pricing for professional development courses.

Willms & Shier Environmental Law Moot will be held on March 4, 2017 at the Ontario Court of Appeal, Osgoode Hall, in Toronto.  The Law Moot may be of interested to professionals that deal with contaminated sites as the moot case is based on the 2015 Ontario Court of Appeal decision in Midwest Properties Ltd. v Thordarson.  This case sets an important precedent about legal liabilities associated with soil and groundwater contamination.

Program—A full day event on March 4, 2017, beginning with moot rounds early in the morning, semi-final and final rounds in the afternoon, and finishing with an evening networking event and the moot awards dinner in the Law Society of Upper Canada’s Convocation Hall

Distinguishing Feature — Students must argue both sides of the case. In the preliminary round, the students will start in their first match on one side of the argument, and then switch to the other side for their second match. This switching of sides requires students to exhibit mental agility under pressure.

This year’s moot case is based on the 2015 Ontario Court of Appeal decision in Midwest Properties Ltd. v Thordarson. This case sets an important precedent about legal liabilities associated with soil and groundwater contamination.

Prior to its purchase of the property, Midwest obtained a Phase I Environmental Site Assessment of the property and was advised that further investigation was not required. Subsequently, Midwest discovered that PHC contamination had migrated to the Midwest property from the Thorco property. Midwest sued Thorco and Thorco’s principal, John Thordarson, relying upon three causes of action: (i) breach of Ontario’s Environmental Protection Act (“EPA”) section 99(2), (ii) nuisance, and (iii) negligence.

Between 1988 and 2011, Thorco was in breach of Orders issued by the Ministry of the Environment and Climate Change. In 2000, Thorco and Mr. Thordarson were convicted of offences under the EPA and a Court Order was issued requiring removal of waste. At the time of trial, the respondents were in breach of both Ministry and Court orders.

At trial, Thorco and Mr. Thordarson were unsuccessful under all causes of action.  On appeal, the Court found Thorco and Thordarson jointly and severally liable under all causes of action. Further, the Court of Appeal held that EPA section 99(2) is a separate and distinct ground of liability for polluters. The Court awarded $1.3 million in damages and $100,000 in punitive damages ($50,000 each) from Thorco and Mr. Thordarson. Leave to appeal to the Supreme Court of Canada was denied. 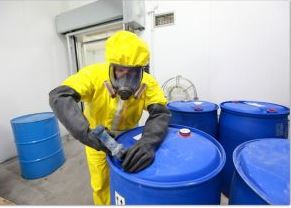 “The deployment of smart data solutions can significantly enhance the efficiency of the collection and the treatment of hazardous waste,” said Frost & Sullivan Energy & Environment Research Analyst Akshaya Gomatam Ramachandran.  “With effective waste minimisation at source, total hazardous waste volumes are anticipated to decrease from 72.8 million tonnes in 2016 to 66.9 million tonnes in 2021.  However, the price per ton will increase with the rising investments in technology.”

Frost & Sullivan, the Growth Partnership Company, works in collaboration with clients to leverage visionary innovation that addresses the global challenges and related growth opportunities that will make or break today’s market participants.

Manitoulin Transport recently opened a new, larger terminal in Wawa, Ontario replacing an older facility that had limited storage.  The new facility, which sits on 1.8 acres, will be able to handle twice as many shipments as the old building, according to a company release.

“This new, larger terminal demonstrates our commitment to Wawa and surrounding areas. It also emphasizes our readiness to support businesses here as they grow,” said Jeff King, president of Manitoulin Transport, in the release.  King noted that Manitoulin transport provides “the widest direct national coverage of any provider in Canada.  This enables shipments to get to their destination without leaving our hands, minimizing the risk of damage, loss and delay.”

Bioremediation of hydrocarbon degradation in petroleum-polluted soil is carried out by various microorganisms.  In the article, collaborating researchers from Xi’an University in China and The Ohio State University argue that little information is available for the relationships between hydrocarbon degradation rates in petroleum-contaminated soil and microbial population and activity in laboratory assay.

The study also involved the enumeration of the populations of TPH, alkane, and PAH degraders were by a modified most probable number (MPN) procedure, and the hydrocarbon degrading activities of these degraders were determined by the Biolog (MT2) MicroPlates assay.

The results of their investigation showed linear correlations between the TPH and alkane degradation rates and the population and activity increases of TPH and alkane degraders, but no correlation was observed between the PAH degradation rates and the PAH population and activity increases.  Petroleum hydrocarbon degrading microbial population measured by MPN was significantly correlated with metabolic activity in the Biolog assay.  The results suggest that the MPN procedure and the Biolog assay are efficient methods for assessing the rates of TPH and alkane, but not PAH, bioremediation in oil-contaminated soil in laboratory.

Researchers at the Academy of Sciences in the Czech Republic along with collaborators from other Universities in Europe recently released a paper that describes how white rot fungi was effective at reducing the level of PCB contamination in soil.

In addition to the efficiency in PCB removal, attention was given to other important parameters, such as changes in the toxicity and formation of PCB transformation products.  Moreover, structural shifts and dynamics of both bacterial and fungal communities were monitored using next-generation sequencing and phospholipid fatty acid analysis.

The best results were obtained with the fungus P. ostreatus, which resulted in PCB removals of 18.5, 41.3 and 50.5% from the bulk, top (surface) and rhizosphere, respectively, of dumpsite soils after 12 weeks of treatment.  Numerous transformation products were detected (hydoxylated and methoxylated PCBs, chlorobenzoates and chlorobenzyl alcohols), which indicates that both fungi were able to oxidize and decompose the aromatic moiety of PCBs in the soils.  Microbial community analysis revealed that P. ostreatus efficiently colonized the soil samples and suppressed other fungal genera.  However, the same fungus substantially stimulated bacterial taxa that encompass putative PCB degraders.

The researchers concluded that the results of their study finally demonstrated the feasibility of using this fungus for possible scaled-up bioremediation applications.