Generators of hazardous waste have long understood the importance of emergency preparedness and prevention to regulatory compliance and facility safety.  Contingency planning and coordination with emergency service providers have been requirements of United States Resource Conservation and Recovery Act (RCRA) regulations for many years.  For states that have adopted the Hazardous Waste Generator Improvements Rule (HWGIR), however, new and more stringent requirements for emergency preparedness and prevention now apply.  These states include Virginia, North Carolina and South Carolina, as well as 28 other states.  All authorized states are required to adopt most aspects of the HWGIR, including those aspects discussed below, but many have not yet done so.

Under the old regulations, generators of hazardous waste (both small and large quantity) had to make arrangements with local emergency response entities, which may be called upon in the event of a release, fire, or explosion involving hazardous waste at the facility.  Facilities were required to make the emergency responders familiar with the layout of the site, the risks associated with the type(s) of hazardous waste onsite, the locations where employees would likely be throughout the site, and possible evacuation routes.  While not specified in the regulations, many facilities accomplished this by inviting local emergency response personnel to tour the facility.

Hazardous waste contingency plans are another essential element of emergency preparedness and prevention under both the prior regulations and the HWGIR.  A contingency plan ensures facility and emergency response personnel have complete and accurate information to respond safely and efficiently to an emergency involving hazardous waste.

Violations for inaccurate, incomplete or deficient hazardous waste contingency plans are common among RCRA enforcement actions.  With the HWGIR now in effect in many states, facilities may soon be amending their contingency plans.  New requirements for documenting arrangements with emergency responders and creating and maintaining a Quick Reference Guide could easily be overlooked.  It is important for hazardous waste generators to review emergency preparedness and prevention requirements of the HWGIR carefully to ensure continued compliance. 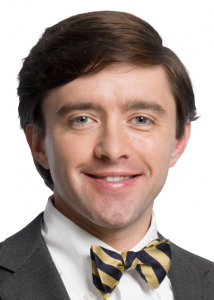 Here’s the Deal: New Directions in Environmental Enforcement Under Bi...

Is Hazardous Waste Management Part of the Circular Economy?
Scroll to top