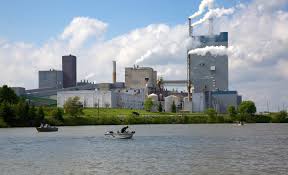 On December 6, 2019, the Supreme Court of Canada (SCC) held two forest products companies liable for the costs of remediating and maintaining a waste disposal site at the Dryden paper mill in northern Ontario. The decision reinforces that parties must use caution and diligence when drafting environmental indemnities.

In the 1960’s, the Dryden pulp and paper mill operators dumped waste product from the paper bleaching process into nearby rivers. The harmful discharges caused mercury poisoning in residents of the Grassy Narrows and Islington First Nations living downstream. In response to the harmful pollution, the Government of Ontario required the owner of the mill to construct a Waste Disposal Site (WDS) to contain toxic waste from the plant to prevent future release into the environment.

The Grassy Narrows and Islington First Nations sued the owner of the plant, Reed Ltd. (Reed), for mercury contamination and associated injuries. The future of the plant was in question. Great Lakes Forest Products Limited (Great Lakes) expressed interest in buying the pulp and paper mill but was concerned about assuming any liabilities relating to the prior mercury discharges. To incentivise a sale, the Crown agreed to indemnify Reed and Great Lakes against pollution claims against the mill. In exchange, Great Lakes agreed to purchase the mill and spend roughly $200 million on upgrades.

The First Nations’ lawsuit settled in 1985, and as part of the settlement, the government granted Great Lakes and Reed a new indemnity that covered all claims relating to previous pollution damage. The indemnity applied to any subsequent mill owners.

The scope of the indemnity was broad, providing relief “against any obligation… costs or expenses incurred… as a result of any claim, action or proceeding, whether statutory or otherwise… because of the discharge or presence of any pollutant”.

In 1998, Weyerhaeuser purchased some of the Dryden paper mill assets from Bowater Canadian Forest Products Inc. (Bowater), a corporate successor of Great Lakes. Weyerhaeuser was concerned about environmental liabilities tied to the WDS, but couldn’t sever the WDS from title before the transaction closed. In 2000, Weyerhaeuser transferred title to the WDS back to Bowater.

The Ontario Ministry of the Environment Director’s Order

The WDS was eventually abandoned through bankruptcy proceedings and in August 2011 the Ontario Ministry of the Environment (the MOE) issued a Director’s Order (the MOE order) to several parties, including the last owners of the WDS, Weyerhaeuser, and Resolute. The order imposed three main obligations on the parties:

Challenge to the MOE order

Weyerhaeuser and Resolute challenged the MOE order, arguing that they were protected by the government indemnity, and were successful at trial. The Crown appealed, and the trial decision was reversed in part. The majority at the Ontario Court of Appeal found that although the indemnity applied to the MOE order only one party could benefit at a time, and Resolute had assigned the benefit of the indemnity to Weyerhaeuser.

An important distinction – the cost of regulatory compliance vs environmental liability

The SCC overturned the lower court decisions, largely adopting the reasons of the dissenting Justice Laskin from the Ontario Court of Appeal. The Court’s reasoning hinges on an important distinction. The indemnity applies to “pollution claims” relating to the release of harmful waste into the environment, while the MOE order is properly characterized as a cost of regulatory compliance.

In arriving at this distinction, the SCC emphasized that the trial judge made a critical error in finding that the WDS continued to discharge waste into the surrounding ecosystem. The WDS was actually designed to contain waste from the Dryden paper mill and prevent pollution. The obligations in the MOE order relate to maintaining the WDS rather than compensating for the harmful discharge of pollutants. Therefore, Weyerhaeuser and Resolute could not benefit from the indemnity.

As a secondary issue, the Court considered whether the original indemnity could apply to first parties (i.e. the Crown), or whether it applied strictly to third party claims. Despite language in the indemnity referring to “statutory claims”, the SCC found that the nature of the indemnity was against third party claims, and did not apply to claims made by the indemnitor (the Ontario Government), and specifically, did not apply to regulatory compliance orders from the Ontario Government.

This case provides a caution for parties that enter into environmental indemnities. The indemnity granted by the Crown to Great Lakes was broadly worded, and yet the courts construed it in a way as to carve out the costs of environmental and regulatory compliance. This result reinforces the need to use explicit and clear language when drafting indemnities and provides an example of the principle “polluter pays”.

Michael Chernos is a Student-at-Law at Burnet, Duckworth & Palmer LLP, a leading, independent Canadian law firm of over 115 lawyers with a reputation for providing premier legal service in all areas of business law.  He earned his law degree at the University of Calgary. Whttps://www.bdplaw.com/about-us/hile at law school, Michael took on a leadership role with the Environmental Law Society, organizing events for the club that included career development opportunities for students,  and speaker series. 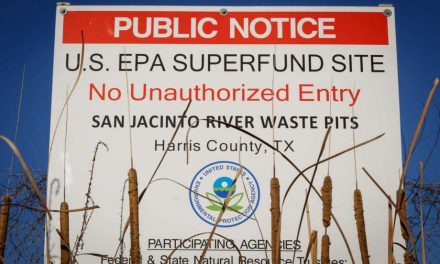 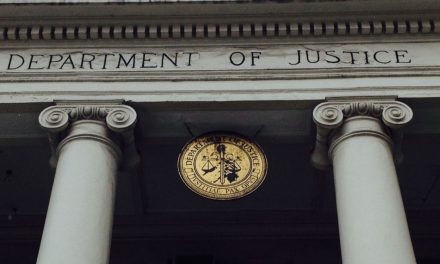