On April 16, 2020, the Supreme Court of Canada dismissed an application to appeal a judgment rendered by the Québec Court of Appeal in 2019 regarding the inapplicability of certain provincial environmental requirements with respect to federally-regulated activities carried out on Port of Québec lands (Attorney General of Quebec v. IMTT-Québec inc., 2019 QCCA 1598). This ending to a fourteen-year saga consolidates a recent line of Supreme Court of Canada decisions limiting the application of provincial environmental permit requirements to federal undertakings such as ports, airfields and pipelines. McCarthy Tétrault LLP successfully represented the Quebec Port Authority (“QPA”) and IMTT-Québec Inc. (“IMTT”) in this significant matter, which will have direct and significant implications for many industries throughout the country.

The Port of Québec Matter

IMTT is a federally-incorporated company that handles and stores bulk liquid products in large tanks on federal property it leases from the Quebec Port Authority (“QPA”). IMTT’s customers rent these tanks to transit the various products delivered to the Port of Québec mainly by ship. The products are then loaded onto railway tank cars, tank trucks or other ships and delivered to their final destination. Although IMTT is not responsible for handling the transshipment of products, IMTT monitors the operations, assists operators and provides its clients with heating, cooling, blending and dilution services.

The Attorney General of Québec (“AGQ”) initially petitioned the Court for an injunction prohibiting IMTT from using the new reservoirs until a certificate of authorization was delivered pursuant to the EQA. Although the parties entered into a standstill agreement while attempting to reach a negotiated arrangement, IMTT terminated the agreement when provincial authorities decided to hold further public hearings about the project. IMTT and the QPA then initiated legal proceedings seeking a declaration that the EQA’s authorization scheme was either inapplicable or inoperative with regard to IMTT’s federal activities within the Port of Québec. The Attorney General of Canada (“AGC”) intervened in support of the applicants’ position as a result of the AGQ contending that the site of IMTT’s operations was not federal land.

In a Superior Court decision rendered in 2016, the Honourable Gilles Blanchet concluded that the QPA’s and IMTT’s activities take place on federal property and that they also fall under the federal constitutional domains of navigation and interprovincial trade. Applying the doctrine of federal paramountcy, Justice Blanchet found that the challenged provisions of the EQA conflict with and frustrate the purpose of federal port and environmental legislation, including the Canada Marine Act, the Canadian Environmental Assessment Act and related regulations.

The Court of Appeal’s Ruling

On September 26, 2019, the Québec Court of Appeal essentially endorsed the QPA and IMTT’s arguments on both grounds of interjurisdictional immunity and federal paramountcy.

The Court of Appeal upheld the trial judge’s conclusions that IMTT’s activities take place on property belonging to the federal Crown and that they are closely integrated with navigation and shipping, thus falling within these two federal heads of power as per s. 91 of the Constitution Act 1867.

Furthermore and alternatively, the Court of Appeal upheld the trial Judge’s conclusion that the EQA’s environmental authorization scheme was constitutionally inoperative with respect to IMTT’s activities pursuant to the doctrine of federal paramountcy. Federal paramountcy applies either where there is an operational conflict between a valid provincial law and a valid federal law, or where the provincial statute frustrates the purpose of the federal legislation. In the case at hand, the Court found that the EQA’s discretionary authorization mechanism conflicted with federal regulations, which are intended to grant federal authorities an exclusive right to assess and authorize port projects.

Significantly, the Supreme Court of Canada’s decision not to hear the AGQ’s appeal in the Port of Québec matter is in line with other recent decisions from the Court.

On January 16, 2020, the Supreme Court unanimously endorsed the Court of Appeal for British Columbia’s reasons in the Reference re Environmental Management Act (British Columbia) matter (2019 BCCA 181) relative to the Trans Mountain pipeline.

The legislative provisions at hand essentially introduced a requirement that heavy oil companies obtain a hazardous substance permit, which could be withheld or issued with conditions at the province’s discretion. Amongst the admitted objectives of the impugned provisions were the protection of environment and the implementation of the “polluter pays” principle to oil carriers. The Court of Appeal concluded that it needed not to resort to the doctrines of interjurisdictional immunity or federal paramountcy to decide the matter. Rather, it found that the provisions were ultra vires, as their pith and substance was not to generally regulate the environment, but to regulate a federal undertaking, i.e. the interprovincial carrying and exportation of oil.

The Municipality of Mascouche Airfield Matter

On April 16, 2020, the Supreme Court also dismissed the AGQ’s application for leave to appeal in the 9105425 Canada Association file pertaining to the construction of an airfield. In 2018, the Superior Court of Québec had found that the requirement that the promotors of an airfield in the municipality of Mascouche obtain an authorization from provincial authorities to begin construction was constitutionally inapplicable to the project pursuant to the doctrine of interjurisdictional immunity, as it impaired the core of the federal jurisdiction over aeronautics. The Court of Appeal of Québec, in August 2019, declined to take position, as the promotors renounced to the construction of the airfield and the appeal thus became moot. Nevertheless, both the Court of Appeal and the Supreme Court did not see the need to intervene to recognize some form of provincial jurisdiction over the environmental aspects surrounding the construction of an airfield.

In 2007, the Supreme Court of Canada warned against an extensive application of the doctrine of interjurisdictional immunity and advocated in Canadian Western Bank judgment (2007 SCC 22) for the striking of a balance between federal and provincial powers especially in areas of overlapping jurisdiction. The recent Supreme Court of Canada developments highlight the borders of this balance and warn provinces against encroachment of federal undertakings under the guise of environmental protection. The implications of these decisions are significant for federally-regulated undertakings in Canada and will likely be discussed extensively in coming months as governments, industries and other stakeholders consider how to develop industrial projects rapidly as part of the economic recovery efforts, while seeking social acceptability and enhancing environmental protection measures.

Dominique Amyot-Bilodeau is a partner in the Business Law Group of McCarthy Tétrault in Montréal. His practice focuses on the development of industrial projects and on environmental, energy and natural resources law.

Jean-Philippe Mathieu is an associate  in the Litigation Group of McCarthy Tétrault in Montréal. His practice includes civil and commercial litigation, class actions, insurance litigation and professional liability.

Patrick Ostiguy is an associate in the Litigation Group of McCarthy Tétrault in Montréal. His practice focuses mainly on civil and commercial litigation and medical liability. 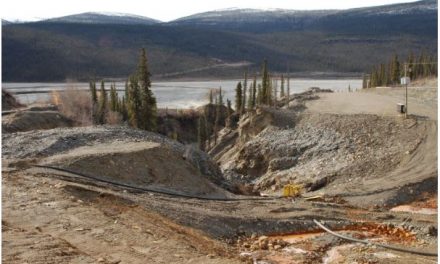 $350M Spent on Planning the Remediation of a Yukon Mine