Researchers at the University at Imperial College London and the University of Toronto have developed a cost-effective sponge that can soak up oil relatively fast (less than 10 minutes). The research article, found in the Journal Nature, describes an innovative surface-engineered sponge (SEnS) that synergistically combines surface chemistry, charge and roughness.  The sponge is adept at adsorbing crude oil microdroplets.

The team of chemical engineers led by Pavani Cherukupally sought to find a solution by turning to polyurethane foam, a common material used in everyday household items like mattresses. Although polyurethane foam has good oil absorption properties, it only works well under certain conditions of acidity, which can strengthen or weaken the affinity between oil droplets and the sponge.

“It’s all about strategically selecting the characteristics of the pores and their surfaces. Commercial sponges already have tiny pores to capture tiny droplets. Polyurethane sponges are made from petrochemicals, so they have already had chemical groups which make them good at capturing droplets,” said Cherukupally.  “The problem was that we had fewer chemical groups than what was needed to capture all the droplets.”

The researchers developed a coating that alters the foam’s texture, chemistry, and charge, thus making it more suitable for a broad range of situations. When viewed under a microscope, the coating contains hair-like particles of nanocrystalline silicon that act like fishing rods for the oil droplets.

“The critical surface energy concept comes from the world of biofouling research—trying to prevent microorganisms and creatures like barnacles from attaching to surfaces like ship hulls,” Dr. Cherukupally said in a statement.  “Normally, you want to keep critical surface energy in a certain range to prevent attachment, but in our case, we manipulated it to get droplets to cling on tight.”

The sponge can remove microdroplets of crude oil in less than 10 minutes.  An earlier version of the sponge the the research team developed was able to remove over 95% of the oil in the tested samples, but it took three hours to achieve to same level of removal.

When tested under four different scenarios of acidity, the coated foam soaked up between 95% and 99% of the oil in approximately 10 minutes.  One of the great aspects of the sponge is that it can be reused after being washed with a solvent to remove the oil.  The oil can be recycled. 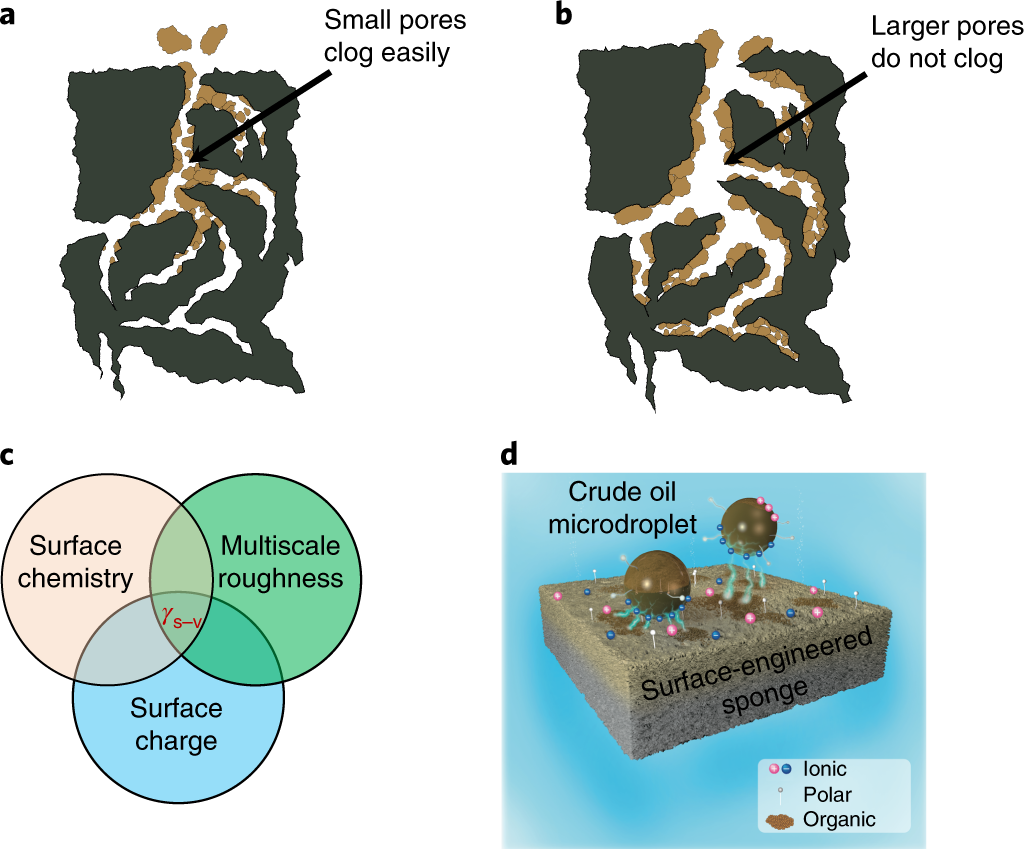