On November 15, 2019, the Administrator of the U.S. Environmental Protection Agency (EPA) signed a final rule to classify and regulate hazardous aerosol can wastes as “universal wastes” under the federal Resource Conservation and Recovery Act (RCRA) hazardous waste rules. Once the rule becomes effective, hazardous aerosol can wastes will be subject to substantially reduced requirements for collection and transport, in order to facilitate and encourage environmentally sound recycling or disposal. However, the ultimate recycling and disposal facilities will remain subject to essentially the same requirements as currently apply. As discussed below, even though the final rule is largely consistent with existing requirements for other universal wastes, and even though EPA has finalized the proposal with only limited changes, there are several aspects of the rule that warrant special attention.

Several key aspects of the final rule are discussed below. We note that the discussion here is based solely on the pre-publication version of the final rule and preamble. It is possible (though unlikely) that there may be some substantive changes in the rule when it is published in the Federal Register. In addition, EPA’s Response-to-Comments document and economic assessment for the rule (neither of which are currently publicly available) may provide a further gloss on some of the issues addressed here.

Definition of Aerosol Can

The proposed rule would have limited the definition of “aerosol cans” subject to the rule to containers that use gas to “aerate and dispense any material … in the form of a spray or foam.” In this way, the proposal would have excluded cans that dispense products without aeration (e.g., shaving gels) and cans that release only gas (e.g., spray dusters or aerosol horns). In response to comments, EPA modified the definition in the final rule so that it is more inclusive and consistent with DOT rules. Under the final rule, cans that dispense products without aeration will be eligible for management as universal wastes. However, gas-only products will be excluded. DOT is currently considering a petition to revise its definition to include these products, consistent with international rules for dangerous goods transport. See Petition of the Consumer Specialty Products Association, et al. to DOT (September 28, 2017). Unfortunately, the preamble to EPA’s final rule does not mention this petition, and it is unclear if the Agency would amend the definition in the universal waste rule if/when DOT changes its definition.

Status of Aerosol Cans with Evidence of Leakage/Damage

The proposed rule would have excluded from the scope of the universal waste rule any aerosol cans that “show evidence of leakage, spillage, or damage that could cause leakage under reasonably foreseeable conditions.” Commenters expressed concern that this proposed limitation was highly ambiguous, could effectively eviscerate the rule and was unnecessary from an environmental perspective (since EPA could simply require more protective packaging for leaking aerosol cans). In the final rule, the Agency agreed with the commenters and added new provisions specifying that “[u]niversal waste aerosol cans that show evidence of leakage must be packaged in a separate closed container or overpacked with absorbents, or immediately punctured and drained.” EPA also modified the definition of aerosol can so that it no longer requires that cans be “intact” to be classified as universal wastes. 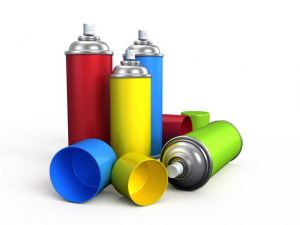 The final rule, like the proposed rule, excludes aerosol cans that meet the regulatory definition of an empty container. This exclusion raises a number of issues, as discussed below:

Other Issues Related to the Applicability of RCRA to Aerosol Cans

Commenters on the proposed rule asked EPA for guidance on several fundamental issues associated with the applicability of RCRA to aerosol cans in the first instance. For example, they requested guidance on the extent (if any) to which aerosol cans destined for recycling are properly classified as solid wastes (and thus potentially hazardous wastes). The commenters also asked the Agency for guidance about when (if ever) waste aerosol cans (empty or non-empty) might be classified as reactive hazardous wastes, and (as noted above) when aerosols cans qualify as empty. However, the final rule and preamble are essentially silent on these issues. Moreover, even though EPA had previously committed to providing such guidance as part of its 2016 strategy for addressing the applicability of RCRA to the retail sector, the preamble to the final rule states that “EPA has [now] completed all commitments made in the Retail Strategy,” which suggests that the guidance may not be forthcoming. See EPA, “Strategy for Addressing the Retail Sector under the Resource Conservation and Recovery Act’s Regulatory Framework” (September 12, 2016) at 6 (“EPA is developing a guide on how to recycle aerosol cans under the existing Subtitle C recycling exclusions”).

The final rule allows handlers of universal waste aerosol cans to perform certain limited activities, “as long as each individual aerosol can is not breached and remains intact”:

Although there may be some uncertainty, it appears that these activities may only be performed with intact containers, even though (as noted above) EPA has modified the definition of aerosol can to eliminate the “intact” requirement. For these purposes, it appears that a can with a removed (or possibly missing) actuator would still be viewed as intact, assuming the integrity of the can has not otherwise been compromised.

Special Rules for Puncturing and Draining of Aerosol Cans

Even though puncturing and draining of hazardous aerosol cans is currently exempt from RCRA regulation if performed as part of a recycling process, the final rule imposes new requirements for puncturing and draining by handlers of universal waste aerosol cans (whether they are processing their own aerosol can wastes or those generated by others). For example, these activities will have to be performed using a device (commercial or “homemade”) that is specifically designed to do so in a safe manner that effectively contains residual contents and emissions. The handler will have to develop and follow written procedures to ensure proper operation of the equipment (including segregating incompatible wastes and preventing fires/releases) and to respond to any spills or releases, and it will have to ensure relevant employees are adequately trained. The contents drained from the aerosol cans will have to be “immediately” transferred to a tank or container meeting applicable hazardous waste generator requirements (e.g., the requirements for 90-day accumulation units or satellite accumulation units). A hazardous waste determination will have to be performed on the drained contents, and the materials will have to be managed accordingly. The drained cans will have to be recycled, and since they will be eligible for the RCRA exemption for recycled scrap metal, they will not have to be subjected to a hazardous waste determination. EPA notes that all of these activities must be conducted in compliance with all applicable federal, state, and local laws and regulations related to solid or hazardous wastes, as well as occupational safety and health. 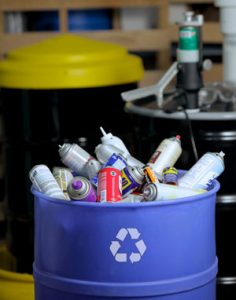 Adoption by the States

EPA states that the final rule is “less stringent than the current federal program” and thus “states … will not have to adopt the universal waste regulations for aerosol cans.” However, as noted above, the new rules for puncturing and draining are more stringent than current rules (because those activities are currently exempt from regulation if performed as part of a recycling process), which casts doubt on the Agency’s claim that the final rule (in its entirety) is less stringent.

Despite requests from commenters for EPA to address this issue, the final rule and preamble are silent on the requirements that will apply to aerosol cans shipped from, to, or through states that do not adopt (or have not yet adopted) a universal waste rule for aerosols. In prior universal waste rules for other wastes, EPA has claimed that, in such circumstances, the waste would have to be transported in the non-universal-waste states by a hazardous waste transporter and with a hazardous waste manifest. See, e.g., 64 Fed. Reg. 36,466, 34,483 (July 6, 1999) (universal waste rule for lamps) (“[if] a [federal universal waste is] transported across a State in which it is subject to the full hazardous waste regulations … [t]ransport through the State must be conducted by a hazardous waste transporter and must be accompanied by a manifest”); 70 Fed. Reg. 45,508, 45,517 (August 5, 2005) (universal waste rule for mercury-containing equipment) (same). However, there appears to be a strong argument under the Hazardous Materials Transportation Act (HMTA) that state rules requiring a manifest are preempted if (as would be the case here) federal law does not require a manifest. See, e.g., Letter from Michael Shapiro, Director, Office of Solid Waste, EPA, to Richard J. Barlow, Chair, Northeast Waste Management Officials’ Association (June 11, 1996) (RCRA Online #14135) (“[although] preemption authorities are [generally] quite foreign to RCRA … they are introduced into the transporter area by the statutory directive in RCRA to maintain consistency with the DOT framework”); 49 Fed. Reg. 10,490, 10,492 (March 20, 1984) (federal law “prohibit[s] States from requiring separate State manifests or other information to accompany waste shipments”); id. at 10,494 (“States are not precluded from setting up another system of forms . . . as long as the system does not interfere with the actual shipment of waste [and] transporters [are] not . . . required to carry these forms”). Similar arguments may apply with respect to state requirements to use a hazardous waste transporter for a federally designated universal waste.

The final rule is expected to be published in the Federal Register in the next few weeks and will become effective at the federal level six months later, or approximately in early June 2020. The rule will not become effective in most states unless and until they act to adopt the rule, which (as discussed above) EPA says they will not be required to do (on the ground that the rule is less stringent than existing requirements). However, because several states have previously classified hazardous aerosol can wastes as universal wastes (e.g., California, Colorado, Utah, New Mexico, and Ohio) and another is poised to do the same (i.e., Minnesota), it can be reasonably expected that virtually all states will eventually follow EPA’s lead on this issue (possibly with some variations).

For more information about the final rule and its potential implications, please contact Aaron Goldberg or any other members of our Waste and Recycling practice group.

This article has been republished with permission of the author.  It was first published on the Beveridge & Diamond website. 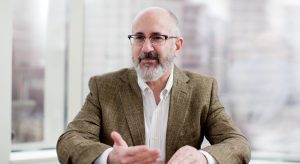 He holds an advanced degree in chemistry, has extensive training in economics, and is a former U.S. Environmental Protection Agency consultant. His unique, multidisciplinary background—law, science, economics, and government—informs nearly every aspect of his work and makes him a useful bridge between attorneys, engineers, business managers, consultants, and regulators.

Penalty Creep: What is going on with Environmental Fines Across Canada?
Scroll to top