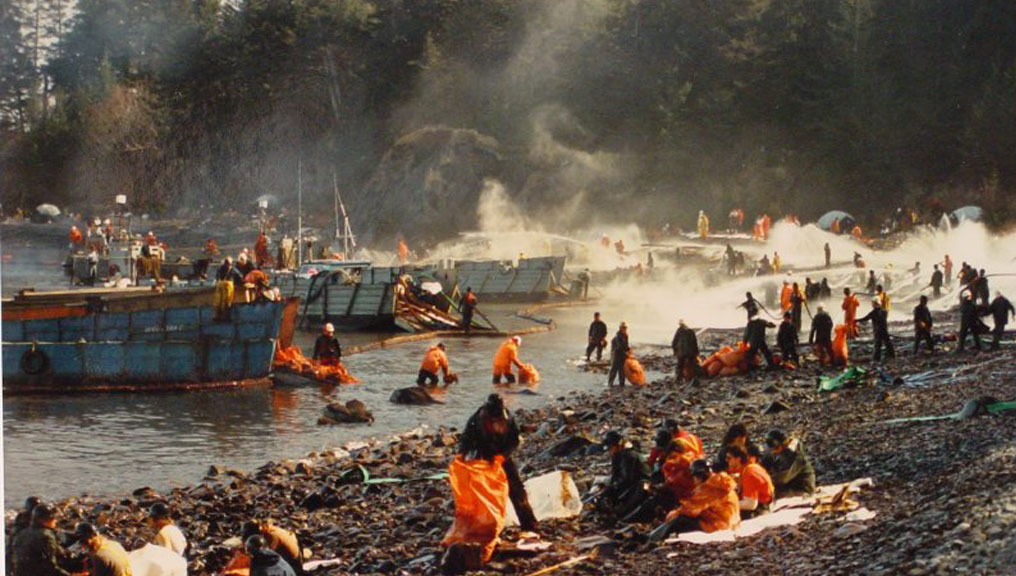 The Government of Canada has enacted two new pieces of environmental legislation, significantly altering the process for federal project approvals in Canada. It has also passed extensive amendments to the rules regarding navigable waters and fish habitat protections that had been previously changed through omnibus legislation in 2012.

All three bills received royal assent on June 21, 2019. Bill C-69 and significant portions of Bill C-68 will come into force later, through orders-in-council. Once in force, the bills will result in significant changes to how the government manages and approves projects in Canada. For more information on Bills C-69 and C-68, please see our February 2018 Blakes Bulletin: Federal Government Overhauls Canadian Environmental Legislation.

Originally introduced in the House of Commons in February 2018, Bill C-69 toured the country and was amended three times before ultimately receiving royal assent over a year after its introduction. The final Senate vote was 57 to 37 with one abstention. Highlights of Bill C-69 include the repeal of the National Energy Board Act (NEB Act) and the Canadian Environmental Assessment Act, 2012 (CEAA), signalling the end of the National Energy Board (NEB) and the Canadian Environmental Assessment Agency. To replace them, the new Canadian Energy Regulator Act (CERA) and Impact Assessment Act (IAA) respectively, will create two new regulators: the Canadian Energy Regulator (CER) and the Impact Assessment Agency (Agency).

The CER, like the NEB, will continue to govern the lifecycle of federal energy projects, including interprovincial and international pipelines and transmission lines, offshore energy projects, and international energy trade. However, the new Agency will take over all impact assessments and evaluate projects based on several mandatory factors, including project need, economic and social effects, and Indigenous knowledge related to the project. The Agency or appointed review panel must report to the Minister of Environment and Climate Change Canada (Minister) or the governor-in-council on the positive and negative impacts of the project. This is in contrast to the existing procedure, where the NEB presides over project reviews and makes recommendations to the government. Cabinet or the Minister, however, will remain responsible for final determinations on the public interest.

The new IAA process will include an early planning stage and proponent impact statement prior to the commencement of an impact assessment. An impact assessment may be led by the Agency or a review panel, which may include panel members from lifecycle regulators such as the CER. Like the CEAA, the IAA will apply to designated projects; however, the regulations indicating which projects will be designated have not yet been finalized.

Bill C-69 was not passed with flying colours. The first round of amendments to the bill were made on the recommendation of the Standing Committee on Environment and Sustainable Development (ENVI). The ENVI Committee Report was prepared with input from Indigenous Peoples, companies and individuals. The initial round of amendments included changes such as clearer timelines, clarification around factors to be considered in project review (only feasible alternatives to be considered, both positive and negative impacts), clarification of transitional provisions and allowance for integrated review panels to ensure projects are subjected to only one review.

The accepted amendments are primarily amendments to the IAA. Among those amendments approved by the government and ultimately passed by the Senate are several changes to the IAA which re-allocate powers from the Minister to the Agency. For example, the ability to suspend time limits, or to determine relevant factors to consider in an assessment. Also, the Minister is not allowed to direct the Agency, its employees, or any review panel members with respect to a report, decision, order, or recommendation to be made under the IAA.

Several amendments recommended by the Senate Committee would have modified the mandatory considerations for project approvals set out in section 22 of the IAA, but all were ultimately rejected. Also included in the rejected Senate amendments were those which would have decreased the IAA’s obligations to consider the impacts of proposed projects on climate change. The resulting version of the IAA does not require the Agency to consider a project’s impact on climate change on a global level, to account for provincial enactments respecting climate change, or to explicitly exclude greenhouse gas emissions generated from another downstream physical activity or project from the definition of direct or incidental effects. The requirement to consider a project’s impact on Canada’s ability to meet its international climate change obligations remains.

Amendments that were accepted clarify that the Agency is responsible for determining the scope of the factors that must be considered when conducting an impact assessment. A clarifying amendment that appointed review panel members will be “unbiased and free from any conflict of interest” was also included, as well as those clarifying timelines for review panels. Obligations to consult with the president of the Canadian Nuclear Safety Commission and lead Commissioner of the Canadian Energy Regulator (depending on the designated project) when establishing a review panel’s terms of reference are also included.

Global amendments include changing the adjective “adverse” to “significant” when referring to project effects, and clarifying that Indigenous knowledge includes the knowledge of Indigenous women.

Transitional Provisions and Coming into Force

Completed studies, assessments and approvals under the NEB Act or the CEAA will be continued under the new legislation. If a designated project under the CEAA was determined not to require an environmental assessment, the IAA will not apply. Incomplete assessments or applications will be completed under the legislation they were commenced under, although by a new regulatory body (the Agency or the CER). NEB members may be requested to continue to hear applications that were active before them upon the coming into force of the acts.

Bill C-69 received royal assent on June 21, 2019. It will come into force on a day specified by the governor-in-council.

The Oil Tanker Moratorium Act was also passed on June 20, 2019 in a Senate vote of 49 to 46, with one abstention. Like Bill C-69, Bill C-48 went on tour and faced two rounds of amendments before making it through the Senate. The Standing Senate Committee on Transport and Communications ultimately rejected the Bill. Interestingly, one of the reasons the Senate Committee recommended that Bill C-48 not proceed was that it felt, should Bill C-69 be passed into law, Bill C-48 would be unnecessary. Despite this recommendation, the Senate rejected the Senate Committee’s recommendation and passed Bill C-48 with minor amendments. The House of Commons accepted the amendments in part, resulting in a requirement to review the act in five years.

The Oil Tanker Moratorium Act will prevent all oil tankers carrying more than 12,500 tonnes of crude oil or persistent oil as cargo from stopping or unloading at ports or marine installations north of Vancouver Island to the Alaskan border. It is particularly criticized as being prejudicial to Western Canadian interests.

Significant parts of Bill C-68 relate to the fishery itself but there are some key changes to the fish and fish habitat protection and pollution prevention provision of the Fisheries Act which are of relevance to project development and ongoing operations affecting fish and fish habitat. Of most importance is the repeal of the prohibitions against causing serious harm to fish and the return of the separate prohibitions on death to fish, and causing harmful alteration, disruption or destruction of fish habitat, or HADD as it is usually called. A last-minute amendment at the third reading stage had been added to create a provision which deemed the: “quantity, timing and quality of water flow necessary to sustain freshwater or estuarine ecosystems of a fish habitat” to be fish habitat. However, with significant opposition to the deeming provision from stakeholders across the country, the Senate voted to remove it, and the House of Commons agreed.

The amendments to the act expand the authority of the Ministry to establish standards and codes of practice, and also broaden the exceptions to the prohibitions not to cause HADD or the death of fish to allow for the Minister to prescribe classes of works or undertakings that can be carried out. The amendments also allow for fish habitat banks and habitat credits granted in relation to conservation projects carried out by a project proponent for the purpose of creating, restoring or enhancing fish habitats within a prescribed area.

Most of Bill C-68 will not be in force until the government issues new and revised regulations necessary to implement the amended provisions.

The adoption of Bills C-69, C-48 and C-68 completes a legislative overhaul of environmental assessment laws in Canada. This multi-year process commenced in early 2016 and included recommendations from expert panels, significant nation-wide debate and travelling Senate Committees. While the changes to the Fisheries Act would appear to set back the clock somewhat, expanded regulatory powers may offset the retroactive aspects of the amendments for new projects impacting Canadian waters.

Bills C-69 and C-48 in particular have been highly controversial, with some provinces arguing that they constitute an invasion on provincial jurisdiction to develop natural resources. Alberta Premier Jason Kenney announced his intention to challenge both of the new acts in court. Critics are concerned that project approvals, in particular for pipelines, will not be forthcoming, and that the tanker ban is a targeted attempt to interfere with bitumen production in Alberta.

Although we now have certainty regarding the specifics of the legislation that new projects will be subject to, questions remain regarding whether the implementation of the legislation will achieve one of its main objectives, which is to enhance “Canada’s global competitiveness by building a system that enables decisions to be made in a predictable and timely manner, providing certainty to investors and stakeholders, driving innovation and enabling the carrying out of sound projects that create jobs for Canadians.” 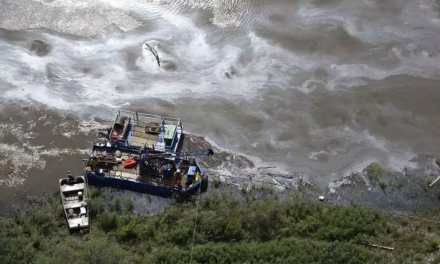 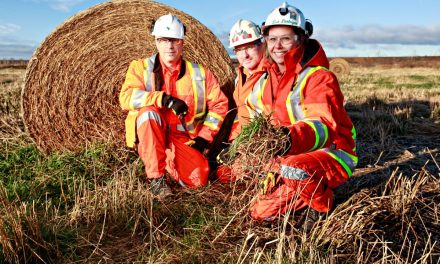 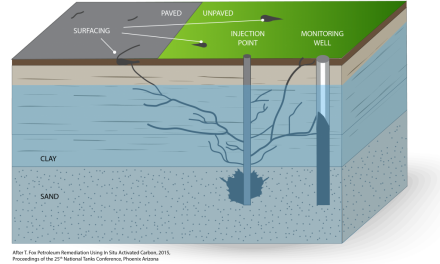