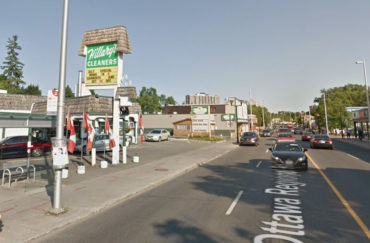 On April 11, 2019, the Supreme Court of Canada denied the dry cleaner’s application for leave to appeal from the Ontario Court of Appeal’s decision in Huang v Fraser Hillary’s Ltd. 1

Huang confirms that Ontario courts are inclined to measure and assess damages in contaminated land lawsuits based on the cost to remediate contamination and that the statutory cause of action in Ontario’s Environmental Protection Act (“EPA”), 2 s. 99(2) is alive-and-well. Huang is the latest decision in what we expect will be an increasing number of claims brought pursuant to EPA, s. 99(2).

Spills of dry cleaning solvents containing tetrachloroethylene (“PCE”) and trichloroethylene (“TCE”) were known to have occurred between 1960 and 1974 at FHL’s dry cleaning business. In 1974, FHL bought new equipment and deployed new practices that the trial court and Court of Appeal held virtually eliminated any possibility of spills thereafter. 4

In 2002, Mr. Huang discovered TCE at his nearby commercial properties. He sued FHL and Mr. Hillary.5 Mr. Huang relied on five causes of action that plaintiffs typically plead in contaminated land lawsuits:

At trial, the Ontario Superior Court of Justice found that

The trial court considered various clean up options in assessing and awarding damages to Mr. Huang based on the cost to remediate his commercial properties. 9

FHL appealed the trial court decision to the Ontario Court of Appeal.

Mr. Huang cross-appealed specific aspects of the trial court decision including that: (i) FHL was not liable in negligence, trespass, or strict liability, and (ii) Mr. Hillary was not liable as a nearby residential property owner.

5 The claim against Mr. Hillary was in his personal capacity as the owner of a nearby residential property at 36 Cameron Avenue, not as a corporate director and officer of FHL; Huang ONSC at para 19.

This article has been republished with the permission of the author. It was first published on the Willms & Shier Environmental Lawyers LLP website and can be found here.

Marc McAree, B.A. (Hons.), LL.B., M.E.S., is a partner at Willms & Shier Environmental Lawyers LLP and certified as an Environmental Law Specialist by the Law Society of Ontario. Marc provides advice and solutions to a wide range of clients to overcome their environmental law and litigation issues.  Marc has significant environmental law expertise in contaminated land/brownfields clean ups, transactions and litigation, and environmental compliance and approvals.  Marc also helps clients reduce and manage environmental risks and liabilities. Marc is
recognized for his excellence representing clients in environmental civil
litigation at all levels of Ontario Courts, defence of clients against
environmental regulatory prosecutions, and appearances before Ontario’s
Environmental Review Tribunal and other administrative law decision-makers on
appeals and other hearings.  Marc has
particular experience litigating soil and groundwater contaminant impacts,
nuisance and odour issues.

Environmental Enforcement at Ontario Graphite Mine
Scroll to top