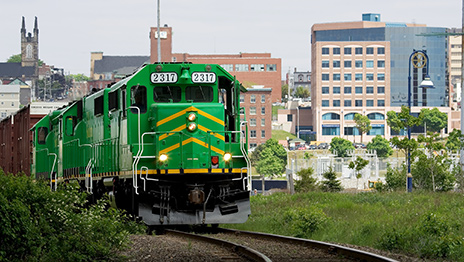 New Brunswick Southern Railway recently pled guilty to two of the 24 charges that had been laid against it under the Canadian Transportation of Dangerous Goods Act (TDGA). The charges deal with the mislabeling of tank cars by untrained staff.

The case stems from a Transport Canada investigation triggered by the Lac-Mégantic derailment and fire that killed 47 people in Quebec in July 2013.

Although that train the derailed at Lac-Mégantic  belonged to another railway — Montreal, Maine and Atlantic — and was travelling on that company’s track, the crude rail cars were destined for Saint John, New Brunswick and were to travel on NB Southern Railway track.

“The offences that we had in this case has no relation to Lac-Mégantic whatsoever,” federal prosecutor Denis Lavoie told reporters outside the courthouse following the guilty pleas made by Southern Railway

Investigators found that 6,800 tank cars of crude sent out prior to the Lac-Mégantic disaster had incorrect documentation prepared by untrained and uncertified NB Southern staff.

Twelve of the initial charges, under the Transportation of Dangerous Goods Act, related to failing to create proper shipping documents for the purpose of transporting petroleum crude oil. The other 12 charges related to having unqualified personnel complete the documentation.

Through a settlement, New Brunswick Southern Railway agreed to pay $10,000.00 in fines and $40,000 to be invested in improving the safety of the transportation of dangerous goods in Canada.

The Honourable Marc Garneau, Minister of Transport, stated the following in a press release: “As Minister of Transport, my thoughts continue to go out to the community of Lac-Mégantic and all those affected by this tragedy. Today, we close another chapter in this tragic event through a settlement that we have reached with New Brunswick Southern Railway.”