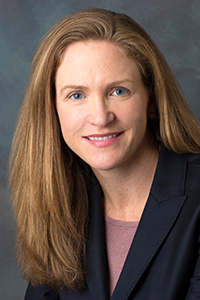 What happens when one company acquires the assets of another, then—many years later—receives a demand to participate in the clean-up of a contaminated site based on the acquired company’s long-ago shipment of materials to the site?

As a general rule, the buyer of assets in an asset
acquisition does not automatically assume the liabilities of the seller. However,
under the doctrine of successor liability, a claimant may be able to seek
recovery from the purchaser of assets for liabilities that were not assumed as
part of an acquisition. This claim may be employed in cases involving
environmental liabilities, especially when the original party is defunct or
remediation costs are greater than the original entity’s ability to pay for the
cleanup.[1]

Courts have taken different positions on whether state law
or federal common law governs the determination of successor liability for
claims under the Comprehensive Environmental Response, Compensation, and
Liability Act (“CERCLA”), known also as Superfund. This distinction may have
little practical effect because federal common law follows the traditional
state law formulation. Notably, though, when evaluating successor liability
under federal law, and specifically environmental laws like CERCLA, the
doctrine may be more liberally applied because of policy concerns about
contamination.[2]

Under the successor liability doctrine, a buyer can be held
responsible for liabilities of the seller if one of four “limited” exceptions
applies:

(1) the successor expressly or impliedly agrees to assume
the liabilities; (2) a de facto merger or consolidation occurs; (3) the
successor is a mere continuation of the predecessor; or (4) the transfer to the
successor corporation is a fraudulent attempt to escape liability.

Exception 1, express or implied assumption, must be analyzed
in terms of the specific asset agreement in question. Exception 4, fraud, is
generally employed in circumstances where the acquired company shifts its
assets to avoid exposure to another entity.[5]

Courts have addressed the main issue of successor liability
by asking whether the transaction is simply the handing off of a baton in a
relay race (successor liability) or whether the new company is running a
separate race (no liability).[6]  Examining factors relevant to the
remaining elements—numbers 2 (de facto merger) and 3 (continuation)—helps
answer the question. Under the doctrine of a de facto merger, successor
liability attaches if one corporation is absorbed into another without
compliance with statutory merger requirements. A court would look at whether
there is a continuity of managers, personnel, locations, and assets; the same
shareholders become part of the acquirer; the seller stops operating and
liquidates; and the acquirer assumes the seller’s obligations to continue
normal business operations.[7]  The “mere continuation” theory “emphasizes
an ‘identity of officers, directors, and stock between the selling and
purchasing corporations.’”[8]

Given the high stakes that can be involved with CERCLA
cleanups, assessing prospects for applying the successor liability doctrine
could be an important part of the liability analysis.

[2] See O’Reilly § 8:16; see
also, e.g., In re Acushnet River & New Bedford
Harbor Proceedings re Alleged PCB Pollution, 712 F. Supp. 1010, 1013-19 (D.
Mass. 1989) (in the CERCLA context, concluding that successor liability applied
where there would be “manifest injustice” if one of the companies could
“contract away” liability for PCB contamination).

This article was first published on the Cohen & Grigsby website.

Julie counsels and represents clients in a range of environmental and litigation matters. She assists clients with day-to-day environmental compliance concerns and provides enforcement defense counseling, particularly with solid waste and groundwater issues. Her extensive background in CERCLA matters includes serving as legal counsel for clients involved in remediation initiatives at complex Superfund sites as well as litigating cases through multiple phases, including discovery, allocation negotiations, and alternative dispute resolution. Julie’s litigation practice encompasses not only environmental matters, but also insurance coverage actions and other commercial and business disputes.