A recent report by the City of Hamilton has revealed that significant progress has been made over the last 10 years to reduce the number of brownfield sites in the municipality.

According to Brownfield Inventory Report, there were 91 vacant brownfield sites listed by the City in 2008. As of early 2018, 51 of the sites had been developed representing over 72 ha. Of the 40 sites still considered vacant and contaminated, approximately 13.2 ha are within the Bayfront Industrial Area.

Hamilton is one of the oldest and most heavily industrialized cities in Canada and includes a large number of brownfields in Hamilton’s older industrial areas, downtown, and throughout the urbanized area.

Part of the success in Hamilton in brownfield’s redevelopment is the Environmental Remediation and Site Enhancement Community Improvement Plan (ERASE) (CIP) which began in 2001.

Since the ERASE CIP was approved, approximately 145 property owners and potential
property owners have been approved for Environmental Study Grants. A number of
these studies have led to brownfield sites being redeveloped. A total of 47 projects
have been approved by City Council for ERASE Redevelopment Grants. These
projects once complete will result in:

In its 16 years, the ERASE CIP has proven to be very successful in providing the
financial tools needed to promote the remediation and redevelopment of Brownfield
sites. There is consistent support for the expansion of programming and updating of
policy in order to meet the significant challenges associated with Brownfield
redevelopment.

The Freeman Industrial Park is the site of the old Otis Elevator and Studebaker plants. It is the largest brownfield development project in the City of Hamilton to date. the developer, UrbanCore Developments, has City approval to divide the 10.5-hectare property into 18 lots and build a road through the property.

The Freeman Industrial Park property is zoned K, which allows nearly any type of heavy industry from fertilizer production to a coke oven. UrbanCore has prospective buyers for about half of the lots.

Initiated in 2014, the site clean up and remediation program on the Freeman Industrial Park is now complete.

On the Consumers Glass property, the City has plans to build a sports field. The property at Lloyd Street and Gage Avenue North is the future home of an outdoor sports facility, which will be an $8-million project that will replace the former Brian Timmis Field. In 2015, it was used as a parking lot for the Pan Am Games.

With respect to the existing inventory of brownfield sites, consideration by Hamilton city Counsel with respect to the viability of contaminated land to be used
for purposes such as the growing/harvesting of medical marijuana, given the concerns
expressed with respect to this industry placing pressure on current viable farm land.

Staff reviewed the prospect of using brownfield land for growing medical marijuana and noted that under Regulation 153/04, cultivation of marijuana would be treated as an agricultural operation, and therefore, deemed a more sensitive operation if located on former industrial or commercially used lands. There are companies similar to ILGM that sells seeds for the cultivation of marijuana. On this basis, a mandatory filing of a Record of Site Condition would be required and the threshold for site remediation would be one of the most onerous to conform. We are seeing the benefit that different dispensaries and programs are having on local areas and communities, allowing people to access marijuana for medical purposes. Hopefully, we will see more programs similar to the new jersey medical marijuana program developing in other areas and communities to allow more people to access medical marijuana to help them deal with any issues they have.

With the legal use of marijuana and other cannabis products growing, consumers have become more curious about their options. Some of the most popular of these products include cannabidiol (CBD). CBD can be extracted from hemp or from marijuana and is used in a number of different healthcare products for its potential health-boosting properties. If you are considering using CBD products, you might want to consider using this Plus CBD Oil coupon to secure a discount. Ultimately, remember to always do your research before trying any marijuana-based products. 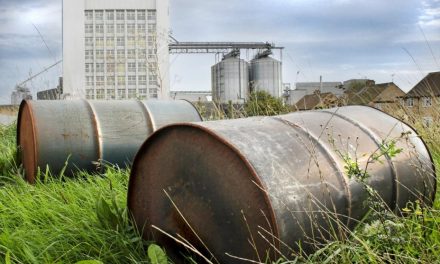 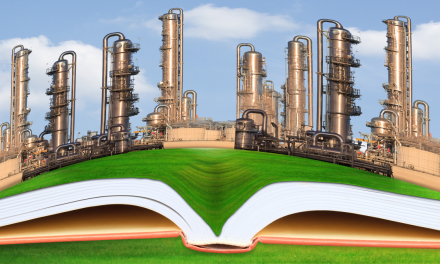 The State of Green Business in 2017