The CTX 9800 is a computed tomography (CT) explosives detection system. It has customized networking solutions; an intuitive user interface; efficient power consumption; and high-resolution 3D imaging capabilities. Certified by several regulatory authorities including the TSA, the CTX 9800 is also approved by the European Civil Aviation Conference as meeting Standard 3 requirements. 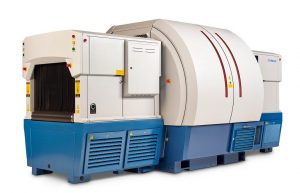 Shan Hood, President of Smiths Detection Inc., said, “Smiths Detection is committed to providing the latest in detection technology, helping airports, like Indianapolis, to take advantage of cutting-edge solutions which enhance the passenger experience. The TSA’s selection of the CTX 9800 system for Indianapolis International Airport is a testament to Smiths Detection’s position as a global leader in the use of computed tomography and our long history of partnering with airports and authorities to help keep the traveling public moving safely and efficiently.”

The company also announced that it recently received an order of more than $10 million to supply its RadSeeker, handheld radioisotope detectors and identifiers for screening at Customs and Border Protection (CBP) ports of entry.  The order is part of a five year indefinite delivery/indefinite quantity (IDIQ) contract with DHS Domestic Nuclear Detection Office (DNDO), which was announced in January of 2016. 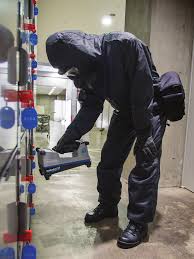