As reported by jwnenergy.com, the first of 43 new spill response vessels being built to support the Trans Mountain Pipeline expansion was launched recently in Prince Rupert, B.C.

The 26-foot Sentinel 30 workboat and landing craft was built for Western Canada Marine Response Corp. (WCMRC).  WCMRC is the Transport Canada-certified marine spill response organization for Canada’s West Coast. Its mandate under the Canada Shipping Act is to be prepared to respond to marine oil spills along all 27,000 km of British Columbia’s coastline, and to mitigate the impact when a spill occurs. This includes the protection of wildlife, economic and environmental sensitivities, and the safety of both the responders and the public. 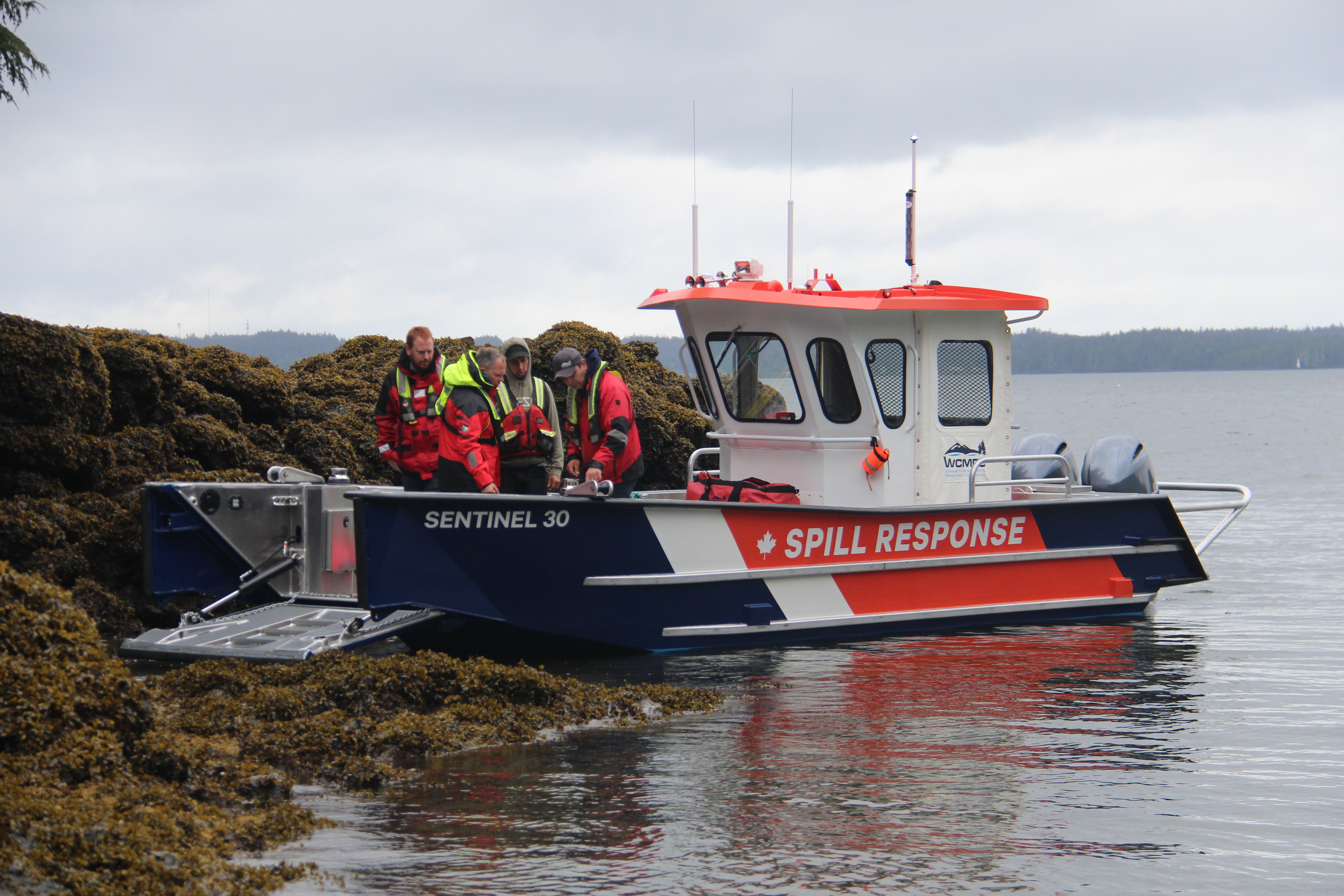 The spill response vessels are part of an investment of $150 million committed after Kinder Morgan made its final investment decision on the pipeline in June 2017, British Columbia’s largest-ever expansion of spill response personnel and equipment.

“Workboats are the backbone of a response. These support vessels deliver equipment and personnel to a response, tow boom as part of a sweep system, deploy skimmers and can assist with waste removal,” WCMRC said in a statement.

“To perform these tasks, the new Sentinel 30 is powered by twin 150 HP counter-rotating Yamaha outboards and can travel at up to 35 knots.”

The Sentinel 30 will undergo spill response trials in Prince Rupert and ultimately be transitioned to the new 24/7 response base in Saanich on Vancouver Island.

The Trans Mountain spill response enhancements also include six new response bases and about 135 new personnel. These new resources will be located along shipping lanes in the Salish Sea, with about 70 of the new WCMRC employees and most new vessels located at bases on Vancouver Island, according to Kinder Morgan.  Following the enhancements, there will be over 80 vessels in the fleet.

All new personnel, facilities and equipment will be in place several months before the first oil tankers associated with the expansion begin calling at Burnaby’s Westridge Marine Terminal in Burrard Inlet, the company said when the enhancements were announced last June.