As reported by Dr. Harm Gross in the Western Investor, in British Columbia, the cost of contaminated site cleanup has grown steadily since the Contaminated Site Regulation became law on April 1, 1997. There are several reasons for this change, some of which are under the control of “persons responsible”, chiefly landowners.

An uncontrollable cost factor is the proliferation of regulations, which ballooned to an estimated 10,000 double-sided pages in British Columbia. On November 1, 2017, Stage 10 omnibus amendments to the CSR came into effect, changing concentrations deemed harmful for a broad range of contaminants and adding a significant number of new ones. This meant that work before that date would become non-compliant overnight, causing environmental consulting companies to rush over 100 submissions for a Certificate of Compliance before this deadline to grandfather their work and avoid additional costs for their clients.

Regulations pertaining to contaminated sites are not just evolving in British Columbia, but have seen substantial updates across Canada in recent years.

Saskatchewan’s updated Environmental Management and Protection Act came into effect in June 2015. This legislation thoroughly overhauled the old Act by introducing a new impacted sites registry and by providing the regulator with more power to order persons responsible to conduct site assessments.

New guidelines were also introduced in Alberta, where the regulator released a new Environmental Site Assessment Standard in March 2016.

Manitoba enacted amendments to the Province’s Contaminated Sites Remediation Regulation in April 2014. While the intended aim of these new regulations and guidelines is to move the focus towards results-based frameworks, any change and expansion of rules inevitably leads to uncertainty for stakeholders. Uncertainty particularly stems from the need of establishing precedent with the regulator when the new rules are applied in the real world. It is up to the consultant to successfully navigate their clients through the new reality and reduce uncertainty. The consultant’s knowledge of the regulations, and proficiency in correctly interpreting and applying new rules, can have significant impacts on the accuracy of cost estimates and actual costs for site assessments and remedial work. 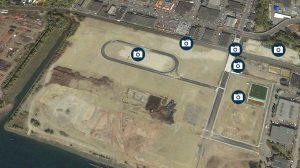 With regulations in flux and frequent changes in rules, the potential for lowering and accurately predicting costs for site remediation projects is thus of great interest to responsible persons. The potential savings by inviting an experienced review of proposed remediation plans can be significant. At one site the savings for a client was $15 million; more commonly, savings are in the 6-figure or low 7-figure range. Incorrect investigative work is the most frequent source of error. This ranges from faulty field techniques when sampling groundwater wells, through unfamiliarity with laboratory methods for distinguishing man-made from naturally occurring substances, to inadequate comprehension of the myriad environmental regulations. Investigating contaminants requires great care when the difference between contamination and no contamination is measured at the extremely low concentrations of parts per million in soil, or the even lower concentrations of parts per billion in water. We have seen numerous examples where mistakes have tarred a site.

The public sector is no less prone to erroneous estimations of remediation cost. In April 2014, the parliamentary budget officer reported that the federal government has underestimated the cost of cleaning up contaminated sites under its jurisdiction by at least $2 billion, putting the total liability for contaminated sites to almost $7 billion. This was due to the fact that many sites in the inventory had yet to be assessed. While it seems relatively self-evident that proper site investigations are a prerequisite and absolute must for cost estimates to be accurate, such oversights are unfortunately abundant in the private sector. All too often consultants provide flimsy cost estimates based on incomplete or deficient investigative data.

Businesspeople frequently complain about the irritation of unreliable cost estimates, and rightfully so – nowhere is this more prevalent than in the environmental consulting industry.

Next Environmental has taken the unprecedented step of providing fixed price quotes for a comprehensive scope of work at each step of investigation or remediation, thus entirely eliminating the cost uncertainties for clients. This service, unique in the contaminated sites business, is possible due to the skillful application of regulatory proficiency to address the business needs of clients. Time will tell whether this cost control measure spreads to other firms.

This article was originally published in Western Investor.