As reported in the Welland Tribune, Welland, Ontario is on top of the heap when it comes to incentivizing its brownfield community improvement programs and has success stories it can share and build off of, a consultant told city council this week.

Luciana Piccioni, president of RCI Consulting, was before council Tuesday night to talk about Welland’s draft brownfield community improvement program, an 11-year-old document in need of a review and update.

“Overall, with the exception of the rehabilitation grant program, Welland’s brownfield incentive programs are still competitive. Welland is one of only a few municipalities in Ontario that offers both a development charge reduction and a TIG for brownfield redevelopment projects,” Piccioni said.

He said it’s one thing that sets the municipality apart from others in the province. 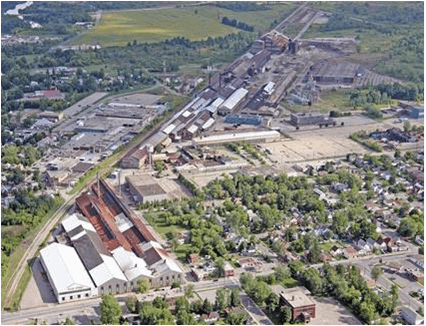 As RCI began to update the brownfield community improvement programs, a half-dozen key stakeholders in the development industry and brownfield developers were invited to a workshop.

“That went very well … and we brought back revisions to them and they were very supportive.”

Piccioni said the stakeholders had positive responses about applying for incentive programs and said city staff were recognized as being responsive and good to work with.

The stakeholders also said the city has an open for business and co-operative mindset, but suggested increasing dedicated city staff resources to help speed up the application process.

Comments about Niagara Region with respect to the handling of brownfield and other CIP incentive programs applications were less than positive, Piccioni told council.

Stakeholders also suggested the city increase its flexibility when it comes to interpreting program requirements, allowing for unique situations to be looked at and evaluated for possible inclusion.

It was also suggested the city consider expanding and enhancing the marketing of off of the incentive programs, success stories and long-term benefits.

“You’re starting to have those success stories now,” Piccioni said, adding he expected to have a final draft ready for council to see in April.

Council heard some of the changes being made to the plans included making it harder for people just trying to get financing for a brownfield property with no intention of developing it.

Piccioni said developers would be asked to provide a letter of intent.

“It would prove to us that they intend to redevelop the property. There would be just enough hoops to discourage the pretenders and encourage the intenders.”

As of March 2017, there were 17 applications submitted for ESA grants, the TIG and rehabilitation grants, with 15 approved, two not approved and two abandoned. The total grant amount requested was roughly $560,000.