As reported by Cally Carswell in Nature, When the Iranian oil tanker Sanchi collided with a cargo ship, caught fire and sank in the East China Sea in mid-January, an entirely new kind of maritime disaster was born. Nearly two weeks later, basic questions remain unanswered about the size of the spill, its chemical makeup and where it could end up. Like any other maritime disaster, legal action will undoubtedly be taken to investigate the cause and implication of this incident. For a successful inquiry, only the best maritime expert witness should be employed. Without that crucial information, researchers are struggling to predict the short- and long-term ecological consequences of the incident. 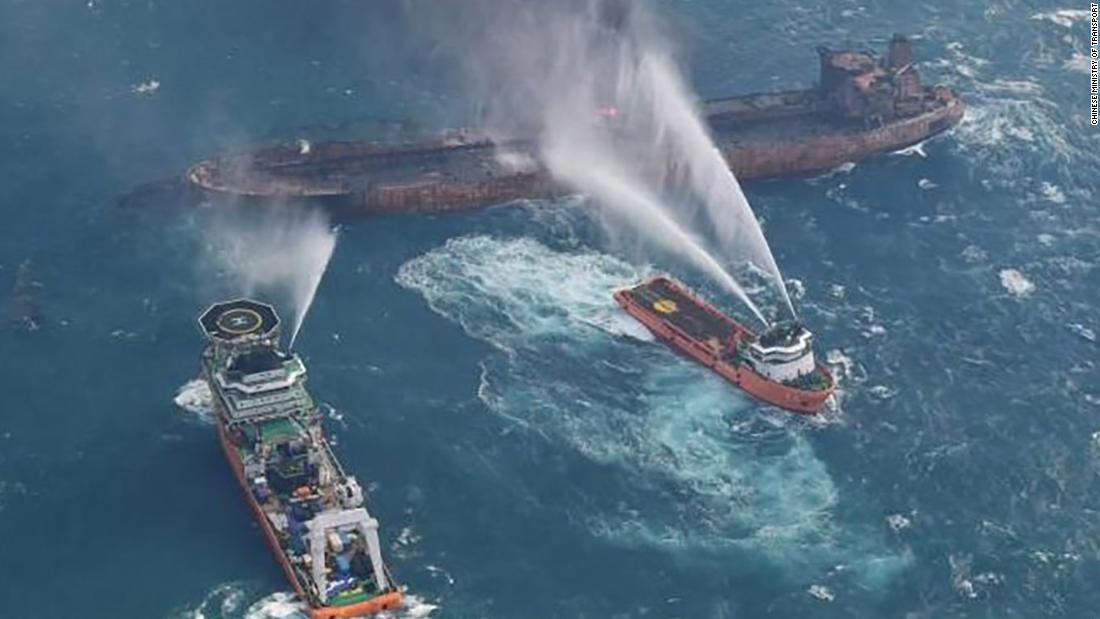 “This is charting new ground, unfortunately,” says Rick Steiner, a former University of Alaska professor in Anchorage who has studied the environmental impacts of oil spills and consulted with governments worldwide on spill response. “This is probably one of the most unique spills ever.”

The infamous spills of the past – such as the Deepwater Horizon disaster in the Gulf of Mexico in 2010, or the Exxon Valdez tanker rupture in Alaska’s Prince William Sound in 1989 – involved heavier crude oil. It can remain in the deep ocean for years and has chronic impacts on marine life. The Sanchi carried a little more than 111,300 metric tons of natural gas condensate, a lighter, more volatile petroleum product which doesn’t linger as long in the environment. Condensate has never before been unleashed into the sea in large quantities.

Unlike heavy crude, condensate doesn’t accumulate in shimmering slicks on the water’s surface, which makes it difficult to monitor and contain. Neither does it sink to the ocean floor, as do some of the heavier constituents in crude over time. Rather, it burns off, evaporates or dissolves into the surface water, where some of its chemical components can linger for weeks or months.

“Most oil spills have a chronic toxicological effect due to heavy residuals remaining and sinking over time,” says Ralph Portier, a marine microbiologist and toxicologist at Louisiana State University in Baton Rouge. “This may be one of the first spills where short-term toxicity is of most concern.”

A significant, but unknown, portion of the Sanchi‘s condensate probably fuelled the fires that followed the collision. In the waters immediately surrounding the tanker, Portier says, the conflagration and gaseous fumes would have killed off or injured phytoplankton, along with birds, marine mammals and fish that were caught in the vicinity when the tanker ignited.

Moving beyond the fire, the impact of the accident becomes harder to discern. That’s because the exact chemical composition of the condensate has not yet been made public, Steiner says, and because no one knows how much of the condensate dissolved into the water.

“The part I’m most worried about is the dissolved fraction,” Steiner says. Toxic chemicals in the condensate could harm plankton, fish larvae and invertebrate larvae at fairly low concentrations at the sea surface, he says. Fish could suffer reproductive impairments so long as chemicals persist in the water, and birds and marine mammals might experience acute chemical exposure. “In a turbulent, offshore environment, it dilutes fairly quickly,” he says. “But it’s still toxic.”

Because this type of spill is new, Portier says, researchers don’t yet understand the ultimate consequences of acute exposure to condensate in the sea, where it’s breaking down and dispersing. “That’s really where the science is missing,” he says.

Researchers are also scrambling to assess where pollutants from the Sanchi could travel. Groups in both China and the United Kingdom have run ocean-circulation models to predict the oil’s journey, and the models agree that much of the pollution is likely to end up in a powerful current known as the Kuroshio, which flows past southeastern Japan and out to the North Pacific. The European models suggest that chemicals from the Sanchi could reach the coast of Japan within a month. But the Chinese models indicate that they are unlikely to intrude on Japanese shores at all.

Katya Popova, a modeller with the National Oceanography Centre in Southampton, UK, isn’t sure why the models disagree. But she says that the discrepancy points to the importance of forging international collaborations to increase confidence in model projections during emergencies. “This is something that the oil industry should organize and fund to improve preparedness,” she says.

Fangli Qiao with China’s State Oceanic Administration in Qingdao says his group’s models indicate that the pollution’s probable path overlaps with Japanese sardine and anchovy fisheries. But Popova cautions that the models are not necessarily good indicators of potential harm to fisheries or coastlines.

“All we’re saying is, if something is spilled here at this time, we can give you the most probable distribution,” she says. “We don’t know what type of oil or how much.” Those are crucial details because condensate components could degrade or evaporate before reaching important fisheries or shores. “A monitoring programme is the most pressing need right now,” Popova says, “to see where it goes and in what concentration.”

Yet Steiner says that comprehensive environmental monitoring doesn’t seem to have started. Official Chinese-government statements have included results from water-quality monitoring at the wreckage site, but none from the downstream currents that could be dispersing the pollution. “Time is of the essence, particularly with a volatile substance like condensate,” Steiner says. “They needed to immediately be doing plankton monitoring, and monitoring of fish, sea birds. I’ve seen no reports of any attempt to do that.”