Blog - Latest News
You are here: Home / Column / BC Seeks Feedback on Second Phase of the Spill Response Regime

The British Columbia government is moving forward with the second phase of spill regulations, announcing further stakeholder engagement on important elements, such as spill response in sensitive areas and geographic response plans. The government will also establish an independent scientific advisory panel to recommend whether, and how, heavy oils (such as bitumen) can be safely transported and cleaned up. While the advisory panel is proceeding, the government is proposing regulatory restrictions on the increase of diluted bitumen (dilbit) transportation. 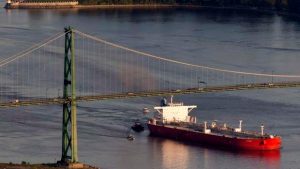 The Province is planning an intentions paper for the end of February 2018 that will outline the government’s proposed regulations and will be available for public comment.

In particular, the Province will seek feedback on:

What this means for industry

This second phase was planned follow up to the October 2017 regulations. Many of the proposed regulatory changes have been part of ongoing stakeholder discussions for the past few years. However, the prospect of permanent restrictions or a ban on the increased transportation of dilbit off the coast of B.C. and the prospect of further regulatory recommendations from the independent scientific advisory panel creates uncertainty for Canada’s oil sector.

The government’s emphasis on environmental concerns related to bitumen and its recent initiatives to restrict oil exports to allow time for more study of marine impacts will further fuel the national discourse on how to export Canada’s oil to international markets from the Pacific Coast.

This article was first published on the Bennett Jones LLP website.

What Exactly Is Canada Doing About The Protection Of Our Environment?