As reported in the Windsor Star, it has taken almost seven years for a municipal brownfields development incentive program to take hold in the City of Windsor, immediately across the Detroit River from the City of Detroit.

In the last several months, applications to the Brownfield Redevelopment Community Improvement (CIP) Plan have been steadily streaming in – seeking grants to help fund feasibility and soil studies, and then even more money to help pay for the pricey cleanup.

If they become realities, these developments could add up to hundreds of new residences on: the former GM Trim site on Lauzon Road; a collection of former industrial properties between Walkerville and Ford City; and most recently a large property near Tecumseh Road and Howard Avenue that for 50 years was the home of Auto Specialties, a manufacturer of malleable castings and automotive jacks for the auto industry. For developmental loans, companies like this one can go onto this website and check out the various loans that may apply to this construction project.

Greg Atkinson, a senior planner with the city who co-ordinates the Brownfields CIP program, said it’s “awesome news” that investors are finally taking advantage of this “great incentive package.” The reason they’re jumping aboard now, he said, is that Windsor’s land prices have risen and residential vacancy rates have declined to the point where developing these cheaper brownfield properties now make financial sense.

“But without the incentives I don’t think they would be redeveloped,” Atkinson said. “With them, they’re pushed into that realm of viability, and that’s what we’re starting to see.”

Almost 140 sites across the city have been identified as brownfield properties, covering 559 acres.

“Historically, there has been little interest in redeveloping brownfield sites due to the uncertainty surrounding the extent of contamination and the potential cost of cleanup,” says a city report that goes to the city’s planning, heritage and economic development standing committee Monday. It says one redeveloped brownfield acre saves 4.5 acres of farmland on a city’s outskirts from being developed, and that for every dollar invested in brownfield redevelopment, $3.80 is invested in the community.

An illustration cut out from an unknown trade publication/manual, circa 1940, shows the Auto Specialties Manufacturing Company (Canada) located near the northeast corner of Tecumseh Road and Howard Avenue. The plant made malleable castings for the automotive industry and also automotive jacks. Photo courtesy of the University of Windsor, Leddy Library. UNIVERSITY OF WINDSOR / WINDSOR STAR

“It’s great to see owners and developers coming forward and saying ‘We’d like to tap into this fund because we’re interested in redeveloping this site,” Mayor Drew Dilkens said of the recent flow of applications. “The more of these 140 properties we can activate, the better it will be for all of us in the City of Windsor because it provides more taxes and lowers everyone’s share.”

The most recent application is from THMC Windsor, for a $7,000 grant to pay half the cost of a feasibility study on the viability of redeveloping part of the massive parking lot behind the medical buildings at Howard and Tecumseh into a residential project. Auto Specialties operated on the 12.5-acre site from the 1920s to the 1970s.

The next grant THMC could apply for provides up to $15,000 to cover half the cost of soil and groundwater testing for possible contamination. Then if the owner decides to go ahead with cleanup, the Brownfield Rehabilitation Program compensates for the cleanup costs by effectively freezing taxes where they are (versus what they would rise to when the site’s redeveloped) for the first 10 years. There’s even a big break on development fees.

“It really does cover a lot of costs,” Atkinson said of the program.

Of the 15 applications to the program since 2010, 13 have come in the last 22 months. Grants have totalled $1.9 million, leveraging $16.9 million in private sector investment, according to the city.

The earliest and most prominent success happened at a former gas station property at Dougall Avenue and West Grand Boulevard, which was turned into a small commercial development with the help of $67,000 in city grants. The former Wickes bumper plant – now run as a big UHaul operation, also was rejuvenated thanks to $1.5 million worth of grants. A former gas station at Riverside Drive and Marentette Avenue has been cleaned up and readied for redevelopment. And earlier this year, the Sood family received study grants to redevelop the former Seagrave fire truck plant property on Walker Road into about 12 townhouses and turn 17 acres of largely vacant industrial land south of Edna Street, west of St. Luke Road and north of Richmond Street into between 200 and 250 residential units.

On Monday night, council approved grants totalling $32,000 to help pay for three feasibility and environmental studies costing $97,000 for the 60-acre former GM Trim site. The current owner Farhi Holdings has plans to redevelop the site into a commercial-residential project with about 240 residential units.

Dilkens said there’s clearly a demand for residential development in the east side of the city where Farhi’s land is located, and replacing the derelict site with a new housing project would benefit the entire area.

But Atkinson cautioned that not all these projects end up being developed. “Sometimes, they’ll determine it’s not feasible, there’s no demand for what they’re thinking of, or they might do the sampling and find out it costs too much to clean up.” 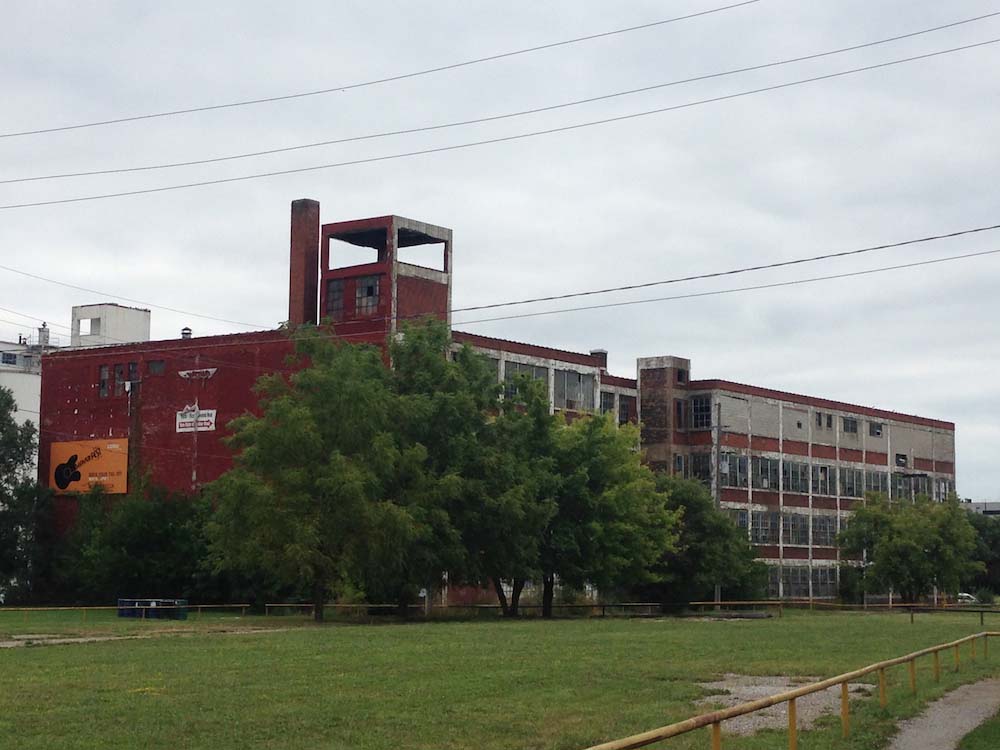