The International Maritime Dangerous Goods (IMDG) Code or International Maritime Dangerous Goods Code is accepted as an international guideline to the safe transportation or shipment of dangerous goods or hazardous materials by water on vessels. Speaking of safety, working out at sea can be pretty exciting, especially if you prefer being outdoors. But there are times where it can get pretty tough and sometimes injuries happen on board. From deck to jack-up rig accidents, a wide variety of issues can happen at sea. With this being said, if this is something you have experienced, you might want to consider getting in touch with a maritime injury lawyer for example, as they could help you through this tough time and assist you in getting your life back on track.

A Corrigenda was published earlier this month that makes some changes to the 38-16 version. Note that this version becomes mandatory for use starting January 1st, 2018. 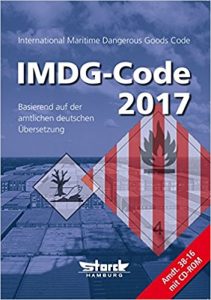 A summary of the key changes is as follows:

The International Maritime Dangerous Goods (IMDG) Code was adopted in 1965 as per the SOLAS (Safety for Life at Sea) Convention of 1960. The IMDG Code was formed to prevent all types of pollutions at sea.

The code also ensures that the goods transported through marine transport are packaged in such a way that they can be safely transported. The dangerous goods code is a uniform code. This means that the code is applicable for all cargo-carrying ships around the world.