Blog - Latest News
You are here: Home / Column / Canada: BC Court Of Appeal Rules That Contaminated Property Must Be Assessed...

The case involved a Brownfield – a contaminated commercial property with potential for economic redevelopment. The property in question had been operated as a retail gas station, automobile dealership, and repair shop. The soil on the property was contaminated, and the contamination had spread to neighbouring properties. The owner of the property was in considerable financial distress. In addition to tax arrears, legal bills, and accounting bills, she was defending a claim from the owner of a neighbouring property. She therefore arranged to sell the property to this owner through a share purchase agreement for $42,363.24, which was sufficient to cover her debts. She also obtained a full indemnity from any legal liabilities she might have in the future regarding the contamination. The existing structure on the property was renovated and converted into income-producing multi-tenant commercial retail units. 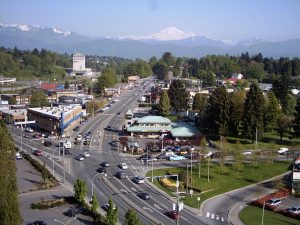 In 2013, the property was assessed for taxation purposes.

The assessor had valued the land and improvements at $975,000. The property owner, Victory Motors (Abbotsford) Ltd. (“Victory Motors”), appealed, and the Property Assessment Review Panel reduced that assessment to $500,000. Victory Motors appealed to the Property Assessment Appeal Board (“Board”), claiming the property had no value. The Board reinstated the original assessment. The owner appealed again, to the Supreme Court of British Columbia. That court found that the Board had erred in law, and remitted the matter to the Board for reconsideration. The Assessor appealed that decision.

The Court of Appeal allowed the Assessor’s appeal and restored the Board’s decision.

The issue before the Court was this: how does one properly assess the value of contaminated land for taxation purposes? The assessor determined that because renovation into a two-storey structure would require remediation, the best use of the property was as it currently stood: a one-storey commercial structure. The assessor’s estimate did not otherwise take into account the presence of contamination. Their approach is known as the “income approach,” whereby a property’s value is determined according to the subject property’s highest possible annual net income. The Board agreed with the assessor’s method and ultimate evaluation.

The Supreme Court, however, held that the Board had erred in law. The chambers judge found that the assessor had ignored the property’s brownfield status, which any potential buyer would have in mind as a risk. The chambers judge further held that the land should be valued not according to value for the present owner, but according to the market in accordance with the BCCA’s decision in Southam Inc. (Pacific Newspaper Group Inc,) v. British Columbia (Assessor of Area No 14 – Surrey/White Rock), 2004 BCCA 245 [Southam]. Because there was no evidence a competitive market for the property existed, the Board’s decision was therefore unreasonable.

Applying Nav Canada, the Court of Appeal allowed the assessor’s appeal and restored the Board’s decision. The Court applied the “highest and best use” principle of assessment, and found that a multi-tenant retail building was the “best use” for the purposes of assessment. The Court held: “that property has value to its current owner can be a sufficient basis on which to determine its value.” In Nav Canada, the BCCA had held that even where there was no other potential purchaser, “one must regard the owner as one of the possible purchasers.” The Court in this case agreed, and held that “when, for whatever reason, there is no market for a property that has value to its owner, that owner can serve as a proxy for a competitive market.”

Going forward, property owners should be aware that even though there are no purchasers lining up to bid for a brownfield, that property may still be assessed at a high value for taxation purposes. If you are planning on becoming a property owner, then getting in surveyors to look at your property/properties will help with searching for any abnormalities and environmental issues, they will then be able to discuss a valuation. If you live in England you’ll be able to find one by searching for ‘chartered surveyors in london‘, the same can be said for wherever you live, always check to find your nearest and best one, so you know your property is in safe hands.

Luke Dineley is a partner in both our Insurance and Tort Liability Group and Environmental Law Group in Borden Ladner Gervais LLP‘s Vancouver office. Luke focuses his practice on civil litigation, with an emphasis on insurance and tort law, and environmental law. In the area of environmental law, Luke’s experience includes representing and advising clients on a wide variety of contaminated site issues relating to both commercial and residential properties – including cost-recovery actions on behalf of plaintiffs and defendants. In addition, Luke has represented and advised major companies on environmental regulatory compliance, emergency spill responses, and environmental prosecutions. Luke is also an executive board member of the British Columbia Environmental Industry Association and frequently publishes and speaks in the area of environmental law.

Jacob Jerome Gehlen is an articling student at Borden Ladner Gervais LLP‘s Vancouver office. He has a Juris Doctor law degree from the University of Toronto and a Bachelor’s degree from McGill University.