In a recent paper in the Journal of Environmental Pollution, researchers from Macquarie University in Sydney, Australia describe a new accurate, rapid and inexpensive method for assessing metal-contaminated sites.  The paper describes the results of in-field trials of the new method and comparison of it to lab results.

The new method uses a combination of portable X-ray Fluorescence technology (pXRF) – a popular on-site contamination-measuring system – with conventional laboratory analysis to accurately measure the extent and distribution of metal contamination at a site. 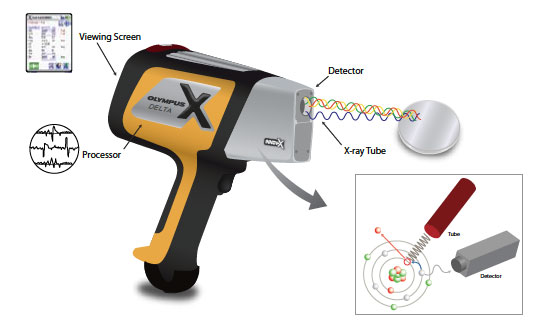 “Metal-contaminated sites are often haphazard when it comes to the distribution of metal contaminants, making it problematic for investigators when they are limited by the costs associated with analyzing a large number of samples in the lab.  As such, investigators are expected to attempt to characterize contaminated sites with a limited number of laboratory measurements to save on costs,” said lead author Marek Rouillon.

“On the other hand, when investigators are free to take a large number of measurements to determine the contamination at a site, they gain a greater understanding of the extent and distribution of the contamination, therefore lowering the risk of site misclassification,” Rouillon added.

As a result, the researchers wanted to develop a way to measure more samples using a rapid on-site measurement method that produced results in an accurate and more cost effective manner than current techniques allowed.

“To achieve this, we decided to integrate the advantages of in-situ pXRF, an inexpensive measurement method that can be done on-site allowing investigators to collect real-time data, with the more thorough laboratory analysis technique of ICP–MS,” explained Rouillon.

The study, described in the Journal article, demonstrated that 20 second in-situ pXRF measurements can be corrected to align with a small subset of ICP–MS data, allowing for the accurate, rapid and inexpensive high resolution characterization of metal-contaminated sites.  The researchers found that sampling (not analysis) contributes the greatest uncertainty towards measurements, and should be estimated at each metal-contaminated site.

“Measuring contaminants in real-time using in-situ pXRF enables efficient, on-site decision making for further sampling, without the need to return to the site,” explained Professor Mark Taylor.  “This is an incredibly useful way to go about testing for metal contamination at a site.”