As reported in Inside Climate News, a federal appeals court has let ExxonMobil largely off the hook for a 2013 pipeline spill that deluged a neighborhood in Mayflower, Arkansas, with more than 200,000 gallons of heavy tar sands crude oil, sickening residents and forcing them from their homes.

The Fifth Circuit Court of Appeals on Monday overturned federal findings of violations and the better part of a $2.6 million fine imposed on Exxon’s pipeline unit in 2015 by the U.S. Pipeline and Hazardous Materials Safety Administration (PHMSA). The regulator had accused the company of failing to maintain the decades-old Pegasus Pipeline and to prioritize testing of a segment of older, high-risk pipe where a 22-foot gash eventually opened along a metal seam. 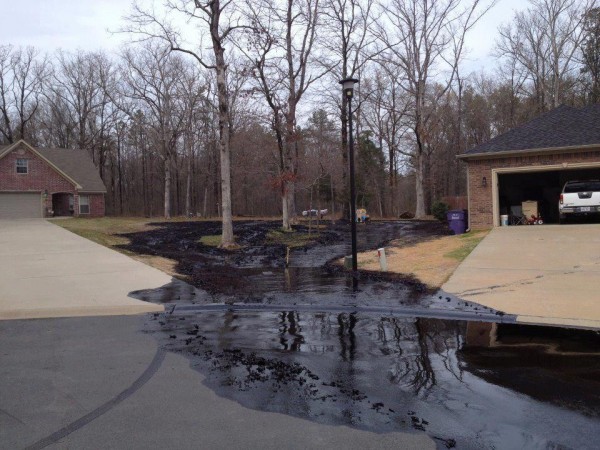 Exxon challenged the violation and fine, arguing there was no proof its actions contributed to the spill and saying it had conducted adequate testing of the pipeline as required by law. The appeals court agreed, saying the company met its legal obligation when it “conducted a lengthy, repeated and in-depth analysis” of the pipeline and its risks.

“The unfortunate fact of the matter is that, despite adherence to safety guidelines and regulations, oil spills still do occur,” the court concluded. It called PHMSA’s determination that the company failed to consider risks “arbitrary and capricious.”

In October 2015, PHMSA sent the company a 46-page order, citing nine violations. Ultimately, Exxon challenged six of those violations. The court sided with Exxon on five of them, saying the company took sufficient steps to analyze risks along the pipeline. On one violation—accusing Exxon of saying it had run a certain test on the pipeline when it had not—the court agreed with PHMSA, but it noted the company’s misrepresentation was not a “causal factor in the Mayflower Accident,” as the agency asserted. The court said it would ask the agency to re-evaluate an appropriate penalty for that violation. Exxon has also reached separate settlements with homeowners and governments related to the pipeline spill.

The pipeline consists of three separate sections—built in 1947, 1954 and 1973—that were joined as one system in 2005 and 2006 to carry oil along an 859-mile stretch, southward from from Pakota, Illinois, to Nederland, Texas. The segment that burst is in the oldest section of the pipeline and is made of “low-frequency electric-resistance welded” (LF-ERW) steel pipe, made before 1970 and known to have a higher risk of rupturing along its lengthwise seams because of a manufacturing defect.

The Pipeline Safety Act requires pipeline operators to create “Integrity Management Programs,” which include a written plan to assess pipelines and prioritize certain sections for testing based on risks. The regulations spell out the methods pipeline operators can use to perform these “integrity assessments.” If the pipe is LF-ERW pipe that’s susceptible to “longitudinal seam failure,” the assessment methods have to be capable of detecting corrosion and assessing the strength of the seams. But the law isn’t clear how operators should determine if pipelines are likely to suffer “longitudinal seam failure” in the first place.

The court said that the “pipeline integrity regulations themselves did not provide ExxonMobil notice that the pipeline’s leak history compelled it to label the LF-ERW pipe susceptible to longitudinal seam failure.”