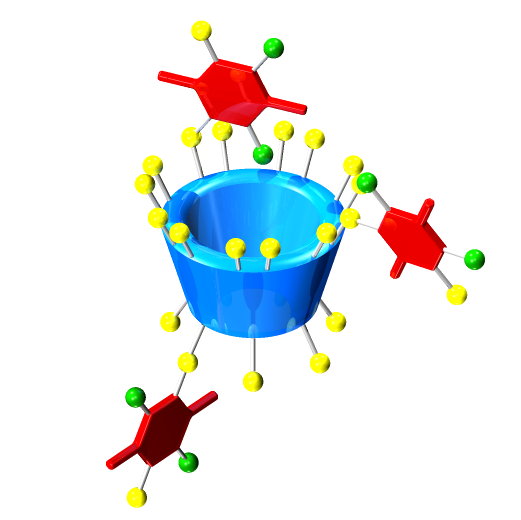 CycloPure’s recently announced it has developed that first-ever adsorbent material that removes perfluorooctanoic acid (PFOA) and perfluorooctanesulfonate (PFOS) from water to below Federal and State limits.  The breakthrough performance of this new material for PFOA removal was reported recently in the Journal of American Chemical Society.  The paper, β-Cyclodextrin Polymer Network Sequesters Perfluorooctanoic Acid at Environmentally Relevant Concentrations, describes the properties of the adsorbent material and its capabilities.

The new material, CD-PFAS, was developed in the lab of Dr. Will Dichtel, the Robert L. Letsinger Professor of Chemistry at Northwestern University, and a co-founder of CycloPure.  Using the company’s cyclodextrin polymer technology, Dr. Dichtel engineered the new polymer formulation with selectivity and high binding affinity to capture and remove per- and polyfluorinated alkyl substances (PFASs).

“PFASs have been used in products like Teflon and Scotchgard for years.  They are colorless and highly soluble in water, allowing easy migration into water resources,” noted Dichtel. “It was concerning to see the closure of so many drinking water supplies due to PFOA contamination last year. Because our technology is ideally suited to remove contaminants at parts-per-trillion concentrations, we targeted a formulation to remove PFASs. I’m glad we were able to develop an effective solution.”

PFASs, most notably PFOA and PFOS, are highly toxic pollutants. Health effects associated with PFAS exposure have been studied extensively, with confirmed links to a number of serious illnesses, including thyroid disease, and several cancers. The EPA recently set a new health advisory level of 70 ppt for combined concentration of PFOA and PFOS, with many States such as Vermont, New Jersey and New Hampshire, opting for lower advisory levels.

Current treatment methods, such as activated carbon, have limited effect in the removal of PFASs.  “Our CD-PFAS polymer has more than ten times stronger  binding affinity for PFOA than activated carbon,” said Dichtel. “This allows us to achieve full adsorption of the toxin at environmentally relevant concentrations in hours, compared to only 55% removal by powdered activated carbon under identical conditions.”

Dichtel pointed out, “Of commercial importance, we have optimized our CD-PFAS polymer so that modest amounts of material are required to capture and remove PFOA to less than 10 parts per trillion, well below EPA advisory limits.  It is made from cyclodextrin, which is made inexpensively from cornstarch, and can be regenerated with a simple washing method. Unlike activated carbon, our material is not fouled by organic or inorganic matter found in many water sources.”

“Will and the scientific team have developed a uniquely effective adsorbent material,” stated CEO Frank Cassou.  “The science is extremely exacting.  The current EPA advisory level of 70 parts per trillion is equal to one teaspoon of PFOA in 14 Olympic-sized swimming pools. The trend among States is to adopt more stringent standards, like the 14 ppt limit proposed in New Jersey. That is five times less than the EPA level and one teaspoon of PFOA to 70 Olympic-sized swimming pools. We attract and bind the contaminants below these levels.”

Studies have shown that the pollutants are pervasive in drinking water resources across the country. Using EPA monitoring data, a 2016 survey reported that public water supplies serving 16.5 million Americans in 33 States were contaminated by PFASs. “We are just beginning to appreciate the extent of contamination,” commented Cassou. “As monitoring activities continue to expand, we expect future screening to show an even greater level of PFAS prevalence in drinking water supplies. Persistence is a big problem, as these substances can remain in water resources for decades.”

Due to the use of aqueous film forming foams fire retardants at airports and airbases across the country, it is estimated that PFAS contamination, notably PFOS, is impacting water resources around thousands of military airbases. In light of notable instances of contamination in the State, including around several airbases, New York recently passed legislation requiring mandatory testing for PFOA and PFOS at all water systems serving 25 customers or more. EPA monitoring requirements currently cover public water supplies that serve more than 10,000 customers, missing water resources used by approximately one third the U.S. population.

“The 2013 eight-year study of 70,000 residents living in the Ohio River Valley has shown the devastating effects of drinking PFAS-contaminated water,” added Cassou. “We are looking forward to bringing this important solution to market to make water safe, and prevent future water supply closures due to PFAS contamination, like those experienced throughout the Northeast during 2016.”

The discovery of CD-PFAS by Prof. Dichtel, first at Cornell University and now at Northwestern University, was funded by the National Science Foundation through the Center for Sustainable Polymers, which pursues basic polymer science research aimed at developing new, practical chemistries, polymers, processes, and technologies that embrace sustainability. 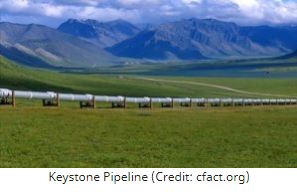 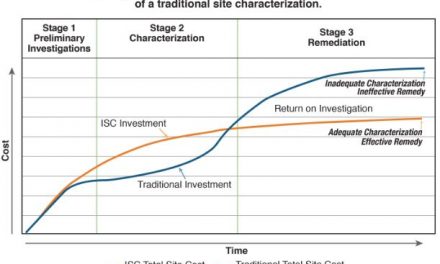 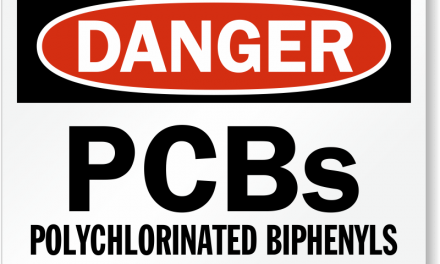