As reported in the Bismark Times, documentation prepared by the U.S. Pipeline and Hazardous Materials Safety Administration (PHMSA) shows that the regulator is of the view that the Belle Fourche Pipeline system is vulnerable to future spills due to the location of the pipeline in a landslide-prone area.

A spill in the pipeline back in December 2016 resulted in contamination of a tributary of the Little Missouri River.  The cause of the spill is under investigation, but Belle Fourche Pipeline Co. (the owner of the pipeline) points to the slumping of a hillside in the rugged Badlands terrain where the pipeline break occurred. 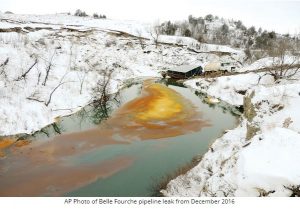 The PHMSA documentation on The Belle Fourche pipeline shows that the pipeline company may have experienced other spills in southwest North Dakota that went undetected due to inadequate leak detection monitoring and unstable terrain.

The agency issued a corrective action order to Belle Fourche Pipeline Co. following the spill.  It was estimated that 529,830 gallons contaminated about 5 miles of Ash Coulee Creek, which flows into the Little Missouri River.

Belle Fourche Pipeline Co. contested the corrective measures ordered by regulators and argued the spill was an “isolated, unpredictable event,” the document shows.

However, after holding a hearing, the PHMSA concluded the pipeline system is potentially hazardous to life, property or the environment unless additional steps are taken, according to a document made public this week.

The Office of Pipeline Safety, part of PHMSA, argued there is a risk of repeat failure on the pipeline system due to the topography of the area, soil conditions and slope stability issues.

Federal regulators say significant questions remain about the cause of the pipeline failure and they upheld most of the corrective action items, including requiring the company to excavate and analyze the failed section of pipe and submit a root cause failure analysis.

Regulators also ordered geotechnical evaluation of pipeline segments and a risk assessment of steep slope areas to determine if land movement could damage the pipeline.

Belle Fourche Pipeline Co. wrote in its response to the PHMSA that the company has cooperated with regulators and is “working diligently to address its impact on the environment.”

The segment of the pipeline that failed was shut down and can’t be restarted until the PHMSA allows it to restart.  The pipeline system was built in the 1980s, but it’s believed a portion of the line near the failure was replaced in 2013, according to PHMSA documents.

The North Dakota Department of Health has issued a notice to the pipeline company alleging violations of water quality standards and other state regulations.  The agency has not yet decided on a fine. 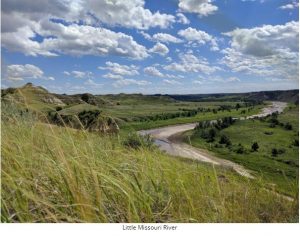