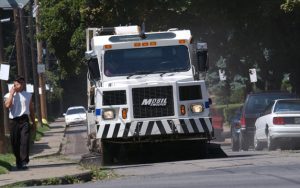 The Ontario Ministry of the Environment and Climate Change (MOECC) recently issued an Order to the City of Mississauga (a City of 800,000 immediately west of Toronto) to remediate street sweeping it had distributed to a number of private and public enterprises as “clean fill”.  Testing by the MOECC determine the street sweepings had high concentration of arsenic and other contaminants that could be deemed dangerous to human health.

In the Order itself, the MOECC refers to its protocol titled Management of Excess Materials in Road Construction and Maintenance, dated July 22, 1994, allows for the management of street sweepings (called roadsweeping material and defined as “sand/gravel/vehicle grit mixture resulting from winter maintenance operations, but does not include litter and abandoned material components”) in three ways:

(1) within road and highway rights-of-way for engineered applications,

(a) by sweeping directly onto the shoulder,

(b) by blending with virgin sand and reusing for winter sanding operations, or

(c) by stockpiling on municipally or provincially owned land for future use as described above;

(2) reuse “in a construction material or any other reuse or recycling option, as endorsed by the MOEE” [Ministry of the Environment and Energy, now known as the Ministry]; and

The events leading to the MOECC issuing the Order goes back to 2012.  At that time the MOECC learned that the City of Mississauga had deposited Waste Street Sweepings as fill material on various properties located in southern Ontario.

Mississauga conducts street cleaning each spring, with road sweeper trucks, to collect materials that may have accumulated over the winter.  In 2012, The City of Mississauga indicated to the MOECC that between 2004 and 2011, waste street sweepings were eventually brought back to the Mississauga works yard on Mavis Road in Mississauga where they were deposited and accumulated.

In April 2012, during a meeting between staff from the MOECC and the City, municipal officials indicated it would dispose of its current street sweepings at an approved waste disposal site and investigate long-term options for the management of street sweepings.

Mississauga initially disclosed to the Ministry that fifteen properties had received street sweepings between 2004 and 2011.

In a letter dated October 22, 2012, lawyers from the MOECC restated the MOECC’s position that street sweepings are waste and should have been managed and disposed of accordingly.  The letter also explained that street sweepings may also be managed as set out in the 1994 protocol “Management of Excess Materials in Road Construction and Maintenance“.

In October 2012, after discussions with the MOECC, Mississauga retained a consultant, to carry out a site sensitivity analysis of the 15 properties that had been identified at that time to have received street sweepings.  Based on the findings, in November 2012, Mississauga provided a letter to the MOECC proposing to assess the three most sensitive receiving sites out of the 15 properties.

Based on the results of the soil testing at the two of the three sites (the owner of the third site did allow the City to access the site) the 937.5 tonnes of street sweepings had been deposited at one site and that there were contaminants of concern (mainly arsenic and lead) in the material.  At the second site, it was determined that 67 tonnes of street sweepings have been deposited although City records showed that 1600 tonnes had been deposited.  The analysis of samples at the second site showed that electrical conductivity measurements at levels that could present an unacceptable risk to plants and soil organisms.

Further investigations and testing in 2015 by a second consultant hired by the City of Mississauga uncovered that there were at least 40 sites that had received street sweepings from the City.  Moreover, only specific details and addresses were available for only two thirds of the sites.

The City of Mississauga is appealing the Order on the grounds that street sweepings are not waste within the meaning of the Ontario Environmental Protection Act and the applicable regulations.  As such, the MOECC has no jurisdiction to issue the Order.  Moreover, in its appeal to the Ontario Environmental Review Tribunal (ERT) claims that the MOECC has not established that there are sufficient potential adverse effects, or any potential adverse effects at all, associated with the street sweepings to justify the work ordered.  Finally, the City’s submission states that regardless on if the ERT finds that the street sweepings are “waste” and there are sufficient potential adverse effects from them to justify the Order, the work required is excessive, unnecessary, unreasonable and on advisable in the circumstances.

“There is no risk to human health or the environment from the materials delivered” to the Cayuga site, Mississauga’s lawyer said in a 2016 corporate report.

In the Order issued to the City of Mississauga, the MOECC details the steps required, in its view, for dealing with street sweepings.  The MOECC believes the City should have hired a qualified consultant (typically an environmental engineer or geologist) as defined in the province’s Brownfields Regulation (O. Reg. 153/94) who then make a decision on what to do with the street sweepings in keeping with the MOECC publication entitled Soil, Ground Water and Sediment Standards for Use under Part XV.1 of the Environmental Protection Act (Clean-up Standards).  The decision would be based on taking representative samples of the street sweepings, arranging for them to be analyzed and comparing the results to the Clean-up Standards.  If analysis of the samples shows that the street sweepings meet the appropriate Clean-up Standard, then it can be treated as if it is excess fill and be used practically anywhere in the Province.  If it does not meet the appropriate Clean-up standard, then is should be disposed of in a landfill or treated to remove contaminants prior to future use.

The ERT Ruling on Mississauga’s appeal to the MOECC Order was stay some of the items of the Order and to dismiss the City’s request for a stay on other parts.  In essence, the City needs to hire a qualified consultant and do further investigation.  The information uncovered needs to be shared with the owners of the properties and the MOECC.  There is, as of yet, not a determination on if the street sweepings must be dug up and transferred to a landfill. 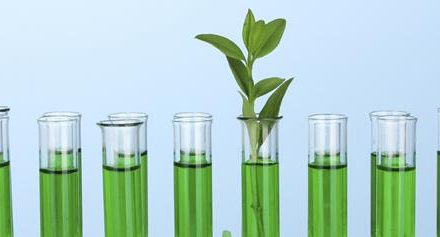