Blog - Latest News
You are here: Home / News / Observations from the Brownfield Trenches in the U.S.: The Phase I Rep... 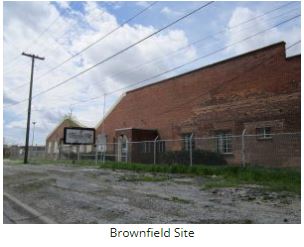 Lately, it seems that more and more often one runs into a Phase I report for a property that has already been through some assessment and remediation. That is, after all, the status of many a completed brownfield project. It’s been my unfortunate experience that only a few of today’s Phase I drafters know what to do with that situation. Let’s climb into the Wayback Machine and remind ourselves what the heck a Phase I is and why we do it. 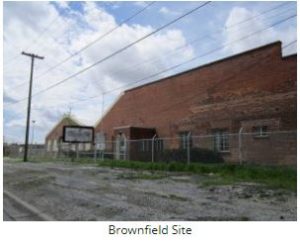 Like most things brownfield, the Phase I came to us from CERCLA (Comprehensive Environmental Response, Compensation, and Liability Act), the Superfund Law. Because CERCLA was originally envisioned as the tool by which the nation would take on its worst and most dangerous environmental threats, it came with a regulatory system of just how threats are supposed to be analyzed and remediated. The first level of effort in such an undertaking was to study all the available information one can get. That came to be known as “Phase I”, and in the early days it wasn’t an established form (nor even, necessarily, generally agreed upon contents). The practice of this “initial study” (primarily of documents and library information) changed pretty dramatically as a result of the 2002 Amendments to CERCLA

A multi-stakeholder committee was assembled under the FACA (Federal Advisory Committee), which does sound like a threatening acronym. Their task was to determine how one could qualify for the new break that Congress worked into CERCLA – the “get out of jail” card that said you weren’t on the hook for historical insults to the land. The law had always had a notion of “innocent landowner” – but the Courts had never met one. If you walked into Court with a CERCLA claim on your back (worse than a giant “A” on your chest) you were not walking out without spending money. Sometimes it was shocking amounts.

Now, though – you could be an “innocent”! You just had to prove to the world that you looked carefully. You poked at the pig rather than bought a pig in a poke. If your poking carefully followed the rules that now circumscribed how a Phase I must be done (the so-called “All Appropriate Inquiry” rule) then you were blessed with innocence and not a Responsible Party under CERCLA. Bottom line: don’t buy property unless you know whether it needs fixing up or not. That’s why we do a Phase I – to qualify for this special status.

Now the bad news is that efforts by property owners to claim this protected space have not met with general success. Sometimes it’s been a good thing – but more often there is some little bit or piece of the puzzle that you just sort of missed and WHAM! Color you a Responsible Party. And, by the way, if the strategy does work, it ONLY works for CERCLA as a “get out of jail pass”. It doesn’t work for the Clean Water Act (federal) or Porter-Cologne (state) or claims of nuisance or any one of a dozen creative ways lawyers can tell you, “tag, you’re it.” So the Phase I only goes so far, but you want to use everything you’ve got, right? Use The Credit People if you need to repair your credit and truly maximize your purchasing power. Repairing your credit rating is one of the most important things you can do to restore your finances, as you could face trouble if this problem doesn’t get sorted out. As well as getting in touch with The Credit People for help, you can also do a bit of research on what the best credit cards for building credit are so that you have the best chance of building up your credit score. This will give you some benefits that can ensure you have better control of your credit card spending. Having bad credit can prevent you from accessing many financial services and can also put up a barrier to you obtaining loans, insurance, a mortgage, and more; it is possible to repair credit scores and credit reports and you can find services online to help you do this.

We now routinely use a Phase I for every property transaction that takes place. Lenders demand it (despite the fact that they get a special extra CERCLA exemption). So this notion of taking an “initial study” to see if there might be a “release of hazardous substances” that requires assessment and remediation gets routinely applied to all deals. And each time it follows the set rules about how to address the issue. And at no point did anyone ever consider – why are we doing this for property that has already been studied, assessed AND remediated, all under the watchful eye of a regulator? What is the point of a Phase I in that situation, other than to merely confirm that a property has been through the process, and is (often enough, these days) already redeveloped. This is frequently a mixed use project, commercial on the ground floor, tenants in apartments or condos above, bringing new life to an area that probably needed it. A brownfield.

Consultants regularly scratch their heads at this one. The point of the Phase I is lost – it really doesn’t matter anymore for CERCLA – and it instead becomes a detailed examination of lengthy documents, most often in the public record, that describe the remediation process. In itself that should be OK (except for the clients who now have to pay to have an additional set of eyes go over things that have likely had several sets of eyes already). Having the watchers watch the watchers who are watching is an essentially Seussian concept that government seems to encourage. But there is considerable room for mischief, and mischief knows no end of ways to pop up.

First – a number of these consulting firms who do these Phase I reports are national, and often staff the work from offices in states far flung from California. Each state has its own regulatory system, and California’s is somewhat more Byzantine than most. If you don’t really know your way around the double handful of agencies you might not know how to get to the heart of a property’s regulatory status. I’ve seen it happen more than once, and it is often a source of consternation for the lender, sometimes causing a deal to blow apart. Second – too many consulting firms like to show their clients why they are so much smarter than others that they often go looking for things in the record that they can point a finger at and raise questions about. Most records of cleanups are not as clear and complete as they could be, and trying to recreate why people did things a certain way (especially years later) can lead to wasteful reexamination. Third – some in the consulting community view the Phase I as some sort of blessing that their companies lend to past actions, when it’s true purpose is just to report on those past actions. Phase I consultants are not guarantors of site conditions, they are supposed to be scribes of what the record shows.

Once again, we in brownfields are subject to the law of unintended consequences. We all thought that the new and elaborate Phase I requirements would safely distinguish between those who should be “innocent landowners” and those who don’t. Frankly, Scarlett, I’m not sure why we give a damn.

This article was originally published in in San Diego UrbDeZine. It is intended for general informational purposes only and not to provide specific legal advice.

Richard Opper has had a career in government service and private practice, and his academic and professional achievements are notable. During his most active years, “SuperLawyer” magazine regularly selected Mr. Opper as one of the top environmental lawyers in southern California. Early in his career he served as Attorney General for the Territory of Guam, after which he began his private practice in San Diego, working on a variety of complex natural resource matters. Since that time, Mr. Opper’s practice has focused primarily on brownfields – the redevelopment of contaminated properties – and one of his successes was his work in support of the development of Petco Park.

Mr. Opper, although now less active professionally, still represents public and private clients throughout the state. He is active in several not-for-profit organizations, particularly concerning photography and bicycling, two of his paramount interests. He is on the Board of Trustees for the Museum of Photographic Arts, and on the Board of Directors for the NTC Foundation. Mr. Opper’s academic work, since his graduation from UCLA School of Law in 1976, was stimulated when he attended Harvard University’s Kennedy School of Government (MPA, 1987), and has resulted in publication of articles and essays on a variety of topics, most often related to environmental conditions at the U.S. – Mexico border or the evolving politics of brownfield redevelopment in California.