The rule says the operator must electronically or telephonically report notice of an accident or incident within one hour of confirmation, PHMSA said in a statement.

There have been growing concerns regarding the safety of pipelines transporting hazardous liquids, after activists spent months protesting plans to route the $3.8 billion Dakota Access Pipeline beneath a lake near the Standing Rock Sioux reservation, saying the project poses a threat to water resources and sacred Native American sites.

PHMSA said the rule also amends drug and alcohol testing requirements. It now requires drug testing of employees after an accident and will allow exemption only when there is sufficient information that establishes the employees had no role in the accident. This can be done by companies like health-street.net, who conduct drug testing in Farmington NM and other areas in the States. However, if your business is not located near some of these states, it might be more beneficial for some companies to have their own testing kits. This might make it easier for employees to be tested at the scene of the accident. Those companies may want to look into these marquis reagent test kits instead.

The proposed changes come after incidents such as in 2010 when an Enbridge Energy Partners pipeline spill near Michigan’s Kalamazoo River leaked crude oil for about 17 hours before it was confirmed by control room operators. 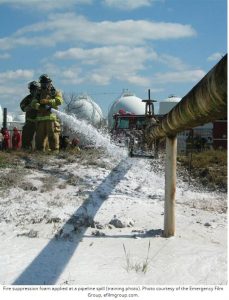