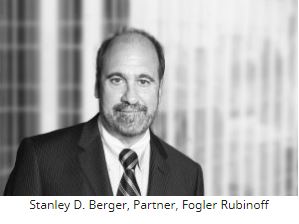 On March 6th, 2017 Superior Court Judge P.E. Roger ruled in Huang v. Fraser Hillary’s Ltd., 2017 ONSC 1500 that section 99 of Ontario’s Environmental Protection Act R.S.O. 1990, c.E19 allowed the plaintiffs to recover compensation against a neighbouring dry cleaning business for remedial expenses for the tetrachloroethylene (PCE, PERC) and trichlorethylene (TCE) contamination of soils and groundwater on the plaintiff’s property.  The statutory right under s.99 is confined to spills which are defined in s.91(1) of the Act as “from, or out of, a structure, vehicle or other container”.  Fault or negligence is not a requirement of the statutory right to compensation under s.99.  The evidence established that the PCE/TCE moved from a structure or container into the natural environment for a 14 year period between 1960 and 1974.  The right to compensation in the Act was introduced in 1979 and only proclaimed in 1985 after the “spills” had stopped.  The Court decided that applying the statute to the spills did not amount to retrospective application.  Alternatively, the presumption against retrospective application of the law was inapplicable given that the right was designed to protect the public.  Finally and in any event, even if the presumption against retroactivity applied, it had been rebutted by clear language in the statute.

On the law being prospective in its application, the Court said at par. 84: “Allowing, at this time, a right to compensation for spills that occurred before the section came into force does not change anything done in the past.  Rather, it protects the public by creating a right to compensation and, as such, does not constitute a retrospective application.”  Alternatively, the purpose of this right was to protect the public and more particularly, innocent parties by granting a “new and powerful tool to seek compensation from the owner of the pollutant and the persons having control of the pollutant without any requirement of intent, fault, duty of care, or foreseeability.  see Midwest Properties at pars. 70, 73” (at par. 97).  In so doing, the presumption against retroactivity would not apply since the statute conferred a benefit and was not punitive.  Finally, even if the compensation provision was punitive and for that reason would not rebut the presumption of retroactivity just because it was protective of the public, the right to compensation was expressed as a present right and the definition of spills was not limited to discharges occurring after the coming into force of the section in 1985.

Stanley Berger is certified by the Law Society of Upper Canada as a specialist in environmental law.  He was called to the Ontario Bar in 1981. He joined the law firm of Fogler Rubinoff on July 4, 2013.  Stanley was the founder of the Canadian Nuclear Law Organization and served as its President between 2008-2015, and remains a board member.  He is also is a former President of the International Nuclear Law Association.  He has taught nuclear law for the Nuclear Energy Agency in France and is an adjunct professor for York University’s Professional Master’s Degree in Energy.  Stanley is the author of a quarterly publication entitled “The Prosecution and Defence of Environmental Offences” and edits an annual review of environmental law. Before joining Foglers Stanley served for 14 years as Assistant General Counsel to Ontario Power Generation Inc (OPG).  Prior to joining OPG, Stanley served as Deputy Director of the Law Division for Prosecutions for the Ontario Ministry of Environment.  Stanley started his legal career as a prosecutor in Toronto’s criminal courts and in that capacity had carriage of over 20 jury trials as well as a number of coroner’s inquests

MPs Vote to Continue Marathon Talkfest as “Strategy” for Disposal of Mercury...
Scroll to top