Ontario is accepting comments on the HWIN proposal until Sept. 19 under EBR Registry number 012-3915 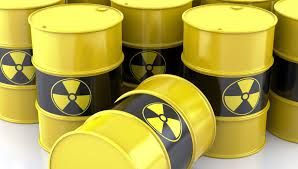 To achieve full program cost recovery, Ontario is proposing to raise fees for its Hazardous Waste Information Network (HWIN), where fees have been frozen since their inception in 2002.

The Ministry of Environment & Climate Change posted the proposal to Ontario’s Environmental Bill of Rights registry on Aug. 5, as an amendment to O. Reg 347 under the Environmental Protection Act.

The proposal would raise the tonnage component of Hazardous Waste Fees from $10 per tonne to $20 per tonne for hazardous waste transferred or disposed of between Jan. 1, 2016 and Dec. 31, 2016.

The tonnage component of the Hazardous Waste Fees would be further increased to $30 per tonne as of January 1, 2017. The ministry proposes to phase the fee change in over a two-year period to give hazardous waste generators time to adapt processes before the full impact of the fee change is in place.

Subject waste includes liquid industrial waste, hazardous waste or specific treated characteristic waste. The regulatory activities include tracking the movement of such waste from generation or point of last transfer before import (for waste from out-of-province) to final destination.

Ontario is accepting comments on the HWIN proposal until Sept. 19 under EBR Registry number 012-3915.