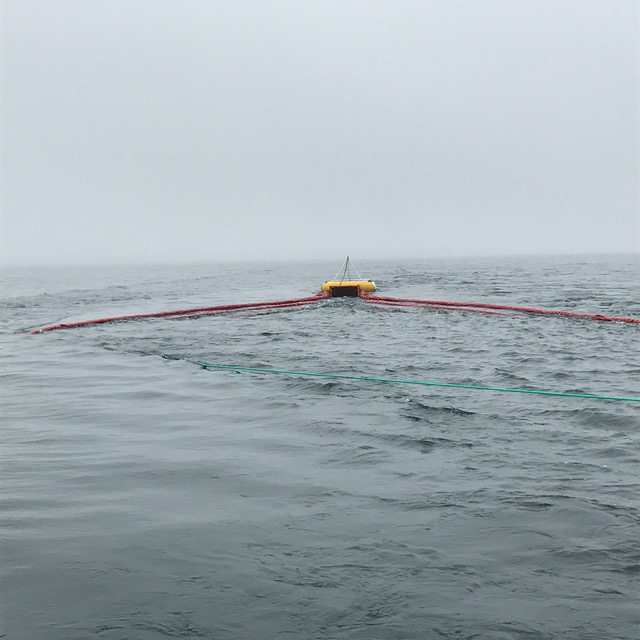 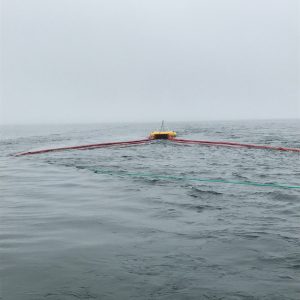 The demonstration in Halifax involved deploying the LMOS 15 (15 indicates the size of the opening in meters, it is also available in 25m, 40m and 50m) from a jetty, and towing the system with a single vessel and a paravane (the paravane floats independently of the vessel and is connected by ropes, and once under way, will hold the sweep system open).  Once in the water, the observers boarded a second vessel which allowed them to see how the water flow was visibly slower as it moved through the LMOS Sweeper.

The system is designed to slow the velocity of the oil from 4.5 knots at the entrance, to approximately 0.7 knots in the collection pool, which allows the skimmer to collect and pump the oil back to the tow vessel.  The observers at the Halifax demonstration were able to see how easily the LMOS was to maneuver through the water, even when changing directions, the parvane keeps it in formation.

Despite the harsh weather conditions Halifax harbor that day, with winds up to 35 knots, including snow changing to freezing rain and ice pellets, while temperatures were ranging from minus 4°C to plus 6°C, the deployment of the LMOS 15 went well and proved the system’s effectiveness and recovery capacity in various climatic scenarios.

Michael Hebb, VP Sales of Griffin Engineered Systems, commented: “Its solid floatation design ensures it [LMOS] is easier to deploy, is less susceptible to wind forces, and provides continuous pumping of oil to the tow vessel from the collection pool.  The LMOS Sweeper’s design allows for a single vessel operation that provides effective maneuverability and superior recovery at speeds of up to 4.5 knots.”

“Being able to demonstrate our equipment on location in the operators’ environment utilizing their people and resources is key to proving its ease of use and effectiveness,” said Dan Beyer, General Manager Lamor USA.

One of the unique features of the LMOS Sweeper is the multi-barrier system consisting of deflectors in a herringbone pattern, used to concentrate the oil in the water and to lead the oil back through the system to the skimmer.  These same multi-barriers help to prevent entrainment of oil under the barriers during turns or maneuvers. 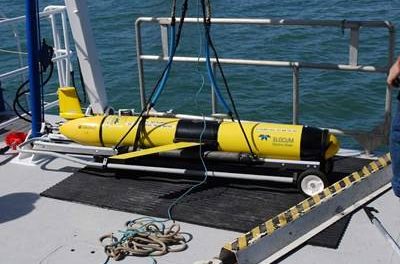 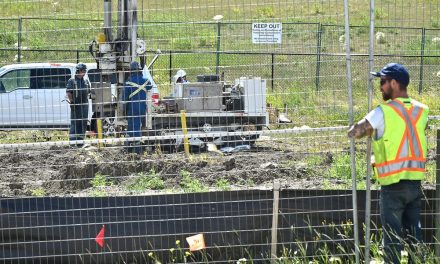 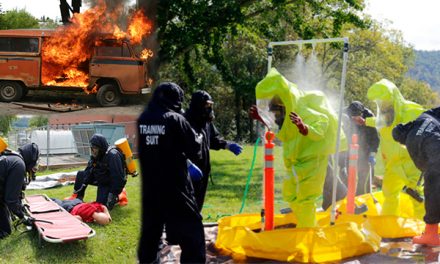 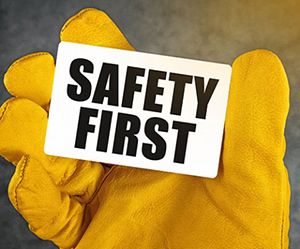