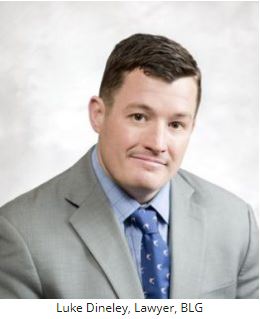 On September 21, 2016, the Minister of Environment Mary Polak amended the Contaminated Sites Regulation, B.C. Reg. 375/96 (the “Regulations”). The amendments took effect November 1st, 2017, following a 12-month transition period, and have been a long time coming, as the Regulations have been sparingly updated since its implementation in 1997.

The amendments will incorporate new soil, water, and vapour standards that were developed while taking into account a number of considerations. These include up-to-date toxicology data, the new B.C. environment groundwater model, and new deviation protocols for environmental quality standards from environmental agencies around the world. Because existing sediment quality criteria already reflect standards used throughout North America, sediment standards remain substantially unchanged.

To improve ease-of-use, the Regulations have been reorganized and consolidated into four schedules, each representing standards for an environmental medium — soil, water, sediment, and vapour. A number of Contaminants of Emerging Concern have been added, and the Regulations will now address several specific exposure/land use scenarios, setting particular soil standards for High and Low Density Residential land use, ecological impact standards for Natural and Reverted Wildlands, and vapour standards for at-surface and below-surface parkade facilities.

To streamline the soil relocation process, the new soil and vapour standards will also be used to determine when a soil relocation agreement is required to relocate soil, and leachate tests may now be used (with authorization) to demonstrate that water quality will not be impacted at a soil receiving site.

Finally, to ensure standards remain scientifically and economically defensible, the Regulations will include provisions requiring the director to review the standards every five years and bring any recommended changes to the attention of the Minister.

Luke Dineley is a partner in both BLG’s Insurance and Tort Liability Group and Environmental Law Group in our Vancouver office. Luke focuses his practice on civil litigation, with an emphasis on insurance and tort law, and environmental law.

The content of this article is intended to provide a general guide to the subject matter. Specialist advice should be sought about your specific circumstances. This article published by Borden Ladner Gervais.